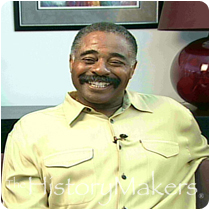 Film hairstylist, Robert Louis Stevenson, was born on April 20, 1944 in Louisville, Kentucky. Stevenson was raised in South Central Los Angeles, California and was the oldest of twelve children. He attended Jordan High School and enrolled in Compton College in 1963. Stevenson was drafted into The United States Military in 1965 during the Vietnam War and was unable to complete his undergraduate education. In the military Stevenson spent two years in Korea and eleven months in Oklahoma. Following his tour of duty, he trained at Flavio School of Beauty.

Stevenson began his hairstyling career in 1971 working on the NBC television series McMillan and Wife. In 1976, Stevenson began working as Richard Pryor’s hairstylist for the film Car Wash, and he continued as Pryor’s hairstylist for the films Greased Lightning and Which Way Is Up?. Stevenson served as head of the hair department on several other films and television shows in the late 1970s and 1980s, including The Fish That Saved Pittsburgh, The Adventures of Huckleberry Finn, The Toy and Superman III. In 1985, Stevenson was nominated for an Emmy Award for Outstanding Achievement in Hairstyling for the Miniseries, The Atlanta Child Murders, and he won an Emmy Award for Outstanding Achievement in Hairstyling for The Jesse Owens Story that same year. In 1988, he worked as head of the hair department on Eddie Murphy’s film, Coming to America. In 1993, Stevenson was nominated again for an Emmy Award for Outstanding Individual Achievement in Hairstyling for a Miniseries or Special for The Jacksons: An American Dream. Stevenson has worked personally with Lawrence Fishburne and Angela Bassett. He also served as Samuel L. Jackson’s hairstylist on several films including 1408, Home of the Brave, Black Snake Moan, Snakes on a Plane, Freedomland, XXX: State of the Union, The Man, Coach Carter, In My Country, S.W.A.T. , Basic, Formula 51, Changing Lanes, Unbreakable, Shaft, Rules of Engagement, The Negotiator, Eve’s Bayou, Jackie Brown and The Long Kiss Good Night. In addition, Stevenson has been a department head or supervising hairstylist on many memorable films including Jarhead, Three Kings, Amistad, Waiting to Exhale, Dangerous Minds, What’s Love Got to Do With It? , Sister Act, The Color Purple, Flashdanceand Willie Dynamite.

Stevenson has been married for thirty years to film publicist Rosalind Stevenson. They have four adult children and five grandchildren.

Robert Stevenson was interviewed by The HistoryMakers on July 7, 2007.

See how Robert Louis Stevenson is related to other HistoryMakers
Donate Now
Click Here To Explore The Archive Today!