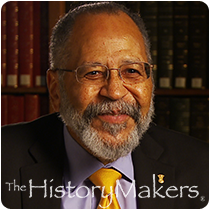 See how Robert Lee Harris, Jr. is related to other HistoryMakers
Donate Now

Professor Robert L. Harris, Jr. was born on April 23, 1943 in Chicago, Illinois to Robert and Ruby Harris. Growing up in Chicago, Harris attended St. Finbarr Elementary School and St. Philip High School. He graduated with his B.A. degree in history in 1966, and then his M.A. degree with honors in history in 1968; both from Roosevelt University. Harris went on to receive his Ph.D. degree from Northwestern University in 1974.

Harris authored Teaching African-American History, published by the American Historical Association, in 2001. He also co-edited The Columbia Guide to African American History Since 1939, which was published in 2006. In all, Harris has written thirteen individual book chapters, thirty scholarly articles, and eight dictionary entries. He has served on boards and committees of numerous organizations, including the De Witt Historical Society of Tompkins County, the New York Council for the Humanities, the American Historical Association, the Council for International Exchange of Scholars, the Organization of American Historians, the Society for History Education, and the National History Center. Harris also served as the president of the Association for the Study of Afro-American Life and History from 1991 until 1992. He has been awarded fellowships from the Rockefeller Foundation, the Ford Foundation, the Smithsonian Institution, and the W.E.B. Du Bois Institute at Harvard University. Harris also received the James A. Perkins Prize in 2000 and the Cook Award in 2008 from Cornell University. In 2003, he was awarded the Carter G. Woodson Scholar’s Medallion for Distinguished Research, Writing and Activism from the Association for the Study of African American Life and History. Harris is also National Historian for Alpha Phi Alpha Fraternity, Inc.

Robert L. Harris, Jr. was interviewed by The HistoryMakers on October 22, 2013.

See how Robert Lee Harris, Jr. is related to other HistoryMakers
Donate Now
Click Here To Explore The Archive Today!