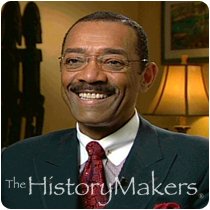 See how Robert H. Jordan, Jr. is related to other HistoryMakers
Donate Now

WGN-TV News anchorman Robert Jordan was born Robert Howard Jordan, Jr. on August 31, 1943 in Atlanta, Georgia to Millicent Dobbs Jordan, a college professor, and Robert H. Jordan, Sr., a dentist. Jordan began his career in broadcast journalism by serving as a booth announcer for WSM-TV in Nashville, Tennessee. That same year, he was married to Sharon E. Lundy. Then, in 1973 he was hired as a general assignment reporter for WGN-TV in Chicago, Illinois. Jordan worked for the WGN-TV One o’clock news while pursuing his B.A. degree at Roosevelt University in Chicago.

After graduating from Roosevelt University in 1977, Jordan joined the CBS News Midwest bureau in Chicago. He worked there for two years, covering stories throughout the Midwest, for the Evening News with Walter Cronkite. In 1980, Jordan returned to WGN-TV’s news team where he wrote and produced several stories including a documentary on the Atlanta Child Murders. He also went on to write a series on the nationalization of the U.S. dollar entitled “Peso Rich; Dollar Poor”. During the 1980s, Jordan served as a board member and trustee for the Chicago Sinfonietta, John Shedd Aquarium (where he currently continues to be an active trustee) and Evanston Hospital.

In 1994, Jordan decided to further his education by earning his M.A. degree in speech from Northeastern Illinois University. He would later earn his Ph.D. in philosophy of education with a minor in ethics in 2000, from Loyola University Chicago.

Aside from working as an anchorman, Jordan has written two screenplays, Anthony’s Key and Multiman. In 1995, he joined the board of the Safer Foundation and the following year, Jordan became a board member at the Night Ministry. He founded his own production company, Jordan & Jordan Communications, Inc. in 1997.

Jordan was interviewed by The HistoryMakers on February 18, 2007.

See how Robert H. Jordan, Jr. is related to other HistoryMakers
Donate Now
Click Here To Explore The Archive Today!