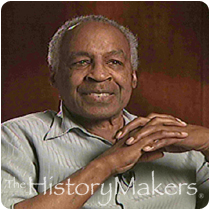 Actor Robert Guillaume was born Robert P. Williams on November 30, 1927, in St. Louis, Missouri. Raised by his grandmother, Jeanette Williams, Guillaume attended St. Nicholas School where, as a promising singer, he idolized Paul Robeson, Roland Hayes, and William Warfield. Expelled by St. Joseph’s High School, Guillaume joined the United States Army in 1945, where he served until 1947. Guillaume eventually returned to St. Joseph’s High School, from which he graduated; from there he went on to work as a postal clerk and a streetcar driver while attending St. Louis University and Washington University, where he majored in music. In 1957, Guillaume won a nine week classical music summer scholarship to Aspen, Colorado; there he met Russell and Rowena Jelliffe who invited him to join Karamu House Theatre in Cleveland, Ohio.

At Karamu Guillaume changed his name from Williams to Guillaume (French for Williams), received his first acting lessons, and befriended Ron O’Neal, who would later cast him in Superfly TNT in 1973. In 1959, Guillaume toured Europe with Quincy Jones, Clark Terry, and Harold Nicholas in the musical Free and Easy. Spending most of the 1960s and 1970s in musical theatre and drama, Guillaume appeared in Kwamina in 1961; Fly Blackbird in 1962; Tambourines to Glory in 1963; Golden Boy in 1965; Porgy and Bess from 1965 through 1972; Purlie in 1971; Othello in 1973; and Guys and Dolls in 1976. In 1968 Guillaume made his first television appearance on Diahann Carroll’s Julia; many programs followed, but Guillaume achieved stardom when he won an Emmy Award playing the acerbic butler, Benson, on ABC’s hit sitcom, Soap in 1979. Guillaume reprised the role of Benson DuBois in his own sitcom, Benson, which ran from 1979 through 1986. Nominated five times for best actor in a comedy series, Guillaume won another Emmy in 1985, and appeared in The Robert Guillaume Show, the first comedy about an interracial family, in 1989. In 1994, Guillaume became the voice of Rafiki, the mandrill sage in Walt Disney’s The Lion King, and its sequels. That same year, Guillaume played Gleason Golightly in Derrick Bell’s Space Traders.

Producer and director of John Grin’s Christmas in 1988, Guillaume also produced The Kid with the 2000 I.Q in 1983. After suffering a stroke in his dressing room while working on the sitcom Sports Night, Guillaume made history by returning to the show; he went on to appear in more films, including Big Fish in 2003, Tough Like Wearing Dreadlocks in 2005, and Jack Satin, also in 2005.