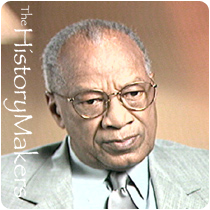 See how Robert Green is related to other HistoryMakers

Renowned educator and author Robert Green was born on November 23, 1933 in Detroit, Michigan. He attended Detroit public schools, and while at student at Sherrard Intermediate School, he was a member of the band and earned extra money by delivering telegraphs. He earned his high school diploma from Northern High School in 1952, where he was a member of the football and track teams.

In 1954, Green was drafted in the army and stationed at Letterman Army Hospital in San Francisco. While working at the hospital at night he attended San Francisco State College and earned his bachelor's of arts degree in general psychology in 1958. He went on to earn his master's in educational psychology from San Francisco in 1960. While working on his Ph.D. at Michigan State University, he was a researcher on a project examining desegregation in Prince Edward county Virginia, a school district that closed its public schools when ordered to desegregate. Green earned his Ph.D. in 1963.

Green joined the staff of the Southern Christian Leadership Conference (SCLC) as its National Education Director in 1965. In this position he worked closely with Dr. Martin Luther King until he left the organization in 1967. From 1968 through 1973, Green was the Director of the Center for Urban Affairs at Michigan State University. In 1973, he was named the Dean of the College of Urban Development, a position he held until 1982. From 1983 until 1985, Green was the President of the University of the District of Columbia. He would eventually return to MSU, where he currently works as an administrator and professor.

Green is the author of several books that focus primarily on the impact that poverty and racial discrimination has on American's urban populations. His writings include The Urban Challenge, Poverty and Race and Metropolitan Desegregation and Expectations: How Teacher Expectations Can Increase Student Achievement. Green has served as an expert witness in more than twenty school desegregation cases. He and wife Lettie have been married for nearly fifty years and have three grown sons.

See how Robert Green is related to other HistoryMakers
Click Here To Explore The Archive Today!