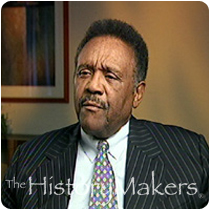 See how Robert D. Blackwell, Sr. is related to other HistoryMakers
Donate Now

Corporate executive and technology entrepreneur Robert D. Blackwell, Sr. was born July 28, 1937, in Eastville, Virginia. He attended Rosemont Elementary near his boyhood home of Bryn Mawr, Pennsylvania, a very wealthy community. Blackwell graduated from Radnor High School in 1955, and went on to Wichita State University on an athletic scholarship, where he played football with future NFL Rookie of the Year running back, Ted Dean. Forced by injuries to leave football, Blackwell came under the guidance of his math teacher, Ms. Fugate, and graduated with a B.A. in psychology in 1966.

In 1966, Blackwell went to work for IBM while the business computer industry was in its infancy. Beginning as a systems engineer, Blackwell was working as an IBM salesman by 1970. He left IBM for a brief period to work in public relations for the State of Kansas. Blackwell then returned to IBM; this time, as director of Greater Chicago Consulting Services. After serving as IBM’s highest-ranking black executive, Blackwell left IBM in 1992 to form Blackwell Consulting with his son, Robert Blackwell, Jr. The younger Blackwell would later form his own entrepreneurial company, Electronic Knowledge Interchange. Based in Chicago, Blackwell Consulting and their nationwide offices offer a range of IT services, from web portal development to networking, messaging systems and workflow applications, generating revenues in excess of $37 million per year.

Blackwell and his wife, Marjilee, live in the Chicago area. He is a board member of the eta Creative Arts Foundation, the Joel Hall Dancers and is a supporter of other non-profit arts organizations and community initiatives. He enjoys spending time with his six grandchildren.

See how Robert D. Blackwell, Sr. is related to other HistoryMakers
Donate Now
Click Here To Explore The Archive Today!