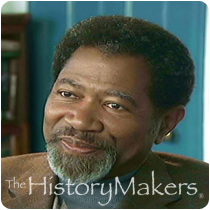 See how Robert C. Johnson, Jr. is related to other HistoryMakers
Donate Now

Africana studies professor, lawyer and playwright Robert C. Johnson was born in Summit, Tennessee near Chattanooga on May 13, 1948 and moved with his family to Boston, Massachusetts at age thirteen. After struggling in Boston public schools, he transferred to the prestigious private school, the Commonwealth School. There he excelled under the mentorship of Charles E, Merrill, Jr., the founder and headmaster. At Commonwealth, Johnson participated in extracurricular activities and began writing plays. He received a B.A. degree in political studies from Bowdoin College in 1971 and a Watson Fellowship to write plays and study African American immigrants in East Africa. Johnson earned a M.A. degree in Africana Studies in 1975 and his J.D. degree in 1977, both from Cornell University. As a law student, he worked on the defense team for prisoners implicated in the Attica Prison riots and he later, developed an educational program at Auburn Prison in Auburn, New York.

From 1977 to 1978, Johnson worked as an affirmative action officer for the Massachusetts Board of Community Colleges and the University of Massachusetts at Boston. He left affirmative action work to practice employment and criminal law with his law partner, Eddie Jenkins, Jr. After a heart attack in 1992, Johnson stepped back from his law practice and became an Africana Studies professor at University of Massachusetts at Boston. Johnson has published extensively in the field of African American history. Most notable among his books are Why Blacks Left America for Africa: Interviews with Black Expatriates, 1971-1999 and Nantucket's People of Color: Essays on History, Politics, and Community. As a playwright Johnson has documented the African American experience with dramas such as Scag, Stop and Frisk and Mama G

Johnson has been involved with many community projects and philanthropic organizations including the “The African Diaspora Program” an after school development program for African American youth in Boston and the United South End Settlements' Harriet Tubman House. Johnson has been married to Amy Merrill, the daughter of his mentor Charles E. Merrill, Jr., for over ten years. He has two children, Gary Weldon and Amika Ama.

Robert C. Johnson was interviewed by The HistoryMakers on April 7, 2006.

See how Robert C. Johnson, Jr. is related to other HistoryMakers
Donate Now
Click Here To Explore The Archive Today!