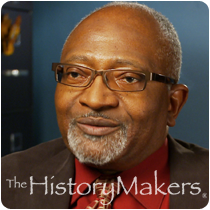 "And justice for all."

Environmental activist and sociologist Robert Bullard was born on December 21, 1946, in Elba, Alabama, to Myrtle and Nehemiah Bullard. He was the fourth of five children. Growing up in Alabama during the 1950s, Bullard experienced the effects of a segregated community. After graduating from high school, Bullard went on to attend the Alabama Agricultural and Mechanical University. He received his B.A. degree in history and government with a minor in sociology in 1968. He continued his education at Atlanta University, where he earned his M.S. degree in sociology in 1972. During his graduate studies, Bullard started his work in urban planning and went on to complete his Ph.D. program at Iowa State University in 1976.

After receiving his Ph.D. degree, Bullard moved to Texas to teach at Texas Southern University. It was in Texas that Bullard met his future wife, Linda McKeever. In 1978, Bullard was asked by Linda to collect data for a lawsuit, Bean v. Southwestern Waste Corporation she had filed in federal court involving the placement of garbage facilities in mostly black Houston neighborhoods. This was the first lawsuit that charged environmental discrimination using federal civil rights laws. This inspired Bullard to learn more about careers in the environmental field. After Texas, Bullard taught at universities in Tennessee and California before returning to his alma-mater, Clark Atlanta University, where he was named the Edmund Asa Ware Distinguished Professor of Sociology and the Director of the Environmental Justice Resource Center at Clark Atlanta University. In this position, Bullard was able to do research and actively pursue the issue of environmental justice.

Among the many awards that Bullard has received is the American Sociological Association's William Foote Whyte Distinguished Career Award in 2007. He was also named one of Newsweek’s thirteen “Environmental Leaders of the Century,” in 2008.

Robert Bullard was interviewed by The HistoryMakers on April 12, 2011.