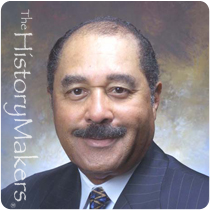 Robert Lee Billingslea, Corporate Director of Urban Affairs for the Walt Disney Company, was born on December 20, 1937, in Youngstown, Ohio. Billingslea’s mother, Faye Stevenson Billingslea, had migrated with her family to Ohio from Georgia; his father and namesake, Robert Lee Billingslea, was born in Pittsburgh, Pennsylvania, though his father’s family also had roots in Mississippi. Raised by his grandparents, Billingslea grew up on the south side of Youngstown, attending public schools and exhibiting strong musical talent. Billingslea began playing drums at the age of twelve and started playing professionally at sixteen; he was voted “most musical” in his 1956 South High School graduating class. After graduation, Billingslea went to California where he attended Vallejo Junior College and studied music while performing with West Coast regional acts.

Billingslea went back to Youngstown in 1958, but continued to tour the country playing drums with various bands; he subsequently enrolled at Kent State University in 1960. During his last year of school, Billingslea worked in juvenile court, and after graduating in 1964 with a B.A. degree in sociology, he took a job as a probation officer in Akron, Ohio’s juvenile court system. Billingslea later worked in the Office of Economic Opportunity as a community organizer. Then, in 1966, Billingslea was hired as a wage and salary compensation analyst at Martin Marietta Corporation, (now Lockheed Martin), in Orlando, Florida. In 1969, he moved into a position at Disneyland in California that quickly led to his return to Orlando. There, Billingslea played a role in the establishment of Walt Disney World. In addition to his work at Disney, Billingslea became chair of the Orlando Human Relations Board, and went on to serve through four gubernatorial appointments on the Florida State Commission on Human Relations.

In 1985, Billingslea became involved with the NAACP through his work at Disney; the NAACP was reviewing Disney’s employment practices for equal opportunities for African Americans, and he served as a liaison. Billingslea then began working with the NAACP’s youth initiative, the Academic, Cultural, Technological and Scientific Olympics (ACT-SO), which was a program for African American youth to demonstrate academic, artistic and scientific abilities. Billingslea’s involvement with the NAACP included his service on the ACT-SO Industry Advisory Council as a Special Contributions Fund (SCF) Trustee, and on the NAACP Image Awards Committee.

Among Billingslea’s most cherished awards are the National Service to Youth Award, presented in 2004 by the Boys and Girls Clubs of America, in honor of his thirty years of devoted service; and the 2003 Whitney M. Young Award presented by the Metropolitan Orlando Urban League in recognition of his personal contributions to founding and supporting the local Urban League chapter.

Billingslea and his wife, Deidre ("DeeDee") made their home in Central Florida; they had one son and two grandchildren.