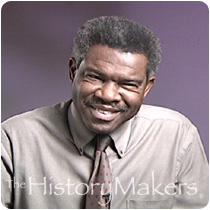 See how Robert Bennett is related to other HistoryMakers
Donate Now

Lawyer Robert Bennett was born April 14, 1947, in Columbus, near Fort Benning, Georgia. Raised primarily by his mother, Annie Mae Bennett, Bennett attended Claflin School in Columbus; the Harriet Beecher Stowe School in Cincinnati; and graduated from Chicago’s Parker High School in 1965. Beginning in high school, Bennett spent his summers working on the Santa Fe Super Chief passenger train from Chicago to Los Angeles. At Dartmouth University, Bennett was one of the founders of the Afro American Society and spent two years in discussions on how to build United States support for the African National Congress (ANC). Graduating with his B.A. degree in Political Science in 1969, Bennettt spent the summer in Europe and North Africa on $5.00 a day; he finished Yale Law School in 1972.

From 1975 to 1978 Bennett was an associate attorney with Winston and Strawn and later Rudnick and Wolfe. From 1978 on he operated his own law firm in which he handled corporate and commercial transactions and real estate development. Bennett regularly hosted ANC leaders in his Chicago home, including Alfred Nzo and Graca Machel, and volunteered his legal services in support of various pro ANC groups throughout the 1970s and 1980s. Bennett hosted Nelson Mandela’s fundraising visit to Chicago in 1993, and raised $87,000 to support his campaign for the presidency of the new South Africa. Bennett hosted a tour of selected U. S. cities for then President of Ghana, Jerry Rawlings, and became Honorary Consul of Ghana from 1996 to 2002.

Founder of Bennnett and Bailey International Consulting, Bennett was a consultant in the late 1990s on the King Shaka International Airport Project in Durban, South African, and on the West African Gas Pipeline. Bennett was a consultant for the movie, Ali, some of which was shot in Ghana. Bennett later became engaged in a long-term consultancy and exchange with the Ghanaian justice system.

See how Robert Bennett is related to other HistoryMakers
Donate Now
Click Here To Explore The Archive Today!