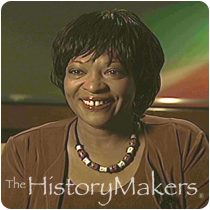 See how Rita Frances Dove is related to other HistoryMakers

Rita Dove served as Poet Laureate of the United States and Consultant to the Library of Congress from 1993 to 1995 and Poet Laureate of the Commonwealth of Virginia from 2004 to 2006. She has received numerous literary and academic honors, among them the 1987 Pulitzer Prize in Poetry and, more recently, the 2003 Emily Couric Leadership Award, the 2001 Duke Ellington Lifetime Achievement Award, the 1997 Sara Lee Frontrunner Award, the 1997 Barnes & Noble Writers for Writers Award, the 1996 Heinz Award in the Arts and Humanities and the 1996 National Humanities Medal. In 2006 she received the coveted Common Wealth Award of Distinguished Service (together with Anderson Cooper, John Glenn, Mike Nichols and Queen Noor of Jordan).

Dove has published the poetry collections The Yellow House on the Corner (1980), Museum (1983), Thomas and Beulah (1986), Grace Notes (1989), Selected Poems (1993), Mother Love (1995), On the Bus with Rosa Parks (1999), American Smooth (2004), a book of short stories, Fifth Sunday (1985), the novel Through the Ivory Gate (1992), essays under the title The Poet's World (1995), and the play The Darker Face of the Earth, which had its world premiere in 1996 at the Oregon Shakespeare Festival and was subsequently produced at the Kennedy Center in Washington, D.C., the Royal National Theatre in London and other theatres. Seven for Luck, a song cycle for soprano and orchestra with music by John Williams, was premiered by the Boston Symphony Orchestra at Tanglewood in 1998. For “America’s Millennium,” the White House’s 1999/2000 New Year’s celebration, Dove contributed — in a live reading at the Lincoln Memorial, accompanied by John Williams’ music — a poem to Steven Spielberg’s documentary The Unfinished Journey. She is the editor of Best American Poetry 2000, and from January 2000 to January 2002 she wrote a weekly column, “Poet’s Choice”, for The Washington Post.

Dove is Commonwealth Professor of English at the University of Virginia in Charlottesville, where she lives with her husband, the writer Fred Viebahn. They have a grown daughter, Aviva Dove-Viebahn.

See how Rita Frances Dove is related to other HistoryMakers
Click Here To Explore The Archive Today!