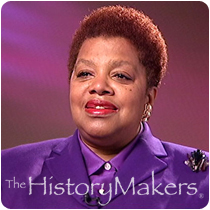 See how Rita Aliese Fry is related to other HistoryMakers

Rita Aliese Fry was born in Memphis, Tennessee, on May 28, 1946. Moving with her family to Chicago, Fry attended Catholic schools and graduated from high school in 1964. First attending Prairie State College in Chicago Heights for an A.A. in 1968, Fry then attended Loyola University of Chicago for a bachelor's degree in 1971. She later went on to attend Northwestern University School of Law, earning her J.D. in 1979.

Also active in public policy, Fry has worked as a consultant both in private practice and through government appointment. Governor George Ryan named her to the Illinois Commission on Capital Punishment, a panel that sought to reevaluate Illinois' administration of the death penalty. In 1994, she was selected by the president of the Supreme Court of Ethiopia to assist in establishing a public defender system in that country. Fry has received numerous awards, including the Phenomenal Women Award and the Sixth Amendment Award, and she remains active with a number of organizations, including serving as vice president of the Leadership Council of Greater Chicago and serving on the board of directors of the Lawyer Assistance Program. Fry and her husband, Adelbert, have one son, who is also an attorney.

See how Rita Aliese Fry is related to other HistoryMakers
Click Here To Explore The Archive Today!