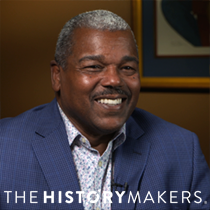 "He Or She Who Is Behind In The Great Race Of Life Must Run Faster Or Forever Remain Behind."

Nonprofit executive and government official Rick Jennings was born on April 17, 1953 in Houston, Texas to Clara J. Hopkins and Richard Jennings. Jennings was raised in Washington D.C. by his mother and stepfather, Estis Jack Hopkins. He graduated from Calvin Coolidge High School in 1972, and received an athletic scholarship to attend the University of Maryland, College Park. Jennings graduated with his B.A. degree in criminal justice in 1976.

Upon graduating in 1976, Jennings was drafted by the Oakland Raiders, and played with them in Super Bowl XI, but retired from professional football in 1977, after two seasons. In 1980, Jennings was hired as a sales representative at the Xerox Corporation, and was promoted to regional sales manager in 1990. In 1992, he became the chief executive officer of St. Hope Academy. Jennings was elected to serve on the Sacramento Unified City School Board in 1996; and the next year, Jennings served as the chief executive officer and executive director of the Center for Fathers and Families, a nonprofit organization offering parenting classes and mentoring programs in Sacramento. As executive director, Jennings launched the Making After School Time Rich and Rewarding (MASTERS) program and the Check In/Check Out program. Jennings was re-elected to the Sacramento Unified City School board of directors in 2000, and again in 2004. In 2014, he was elected to represent district seven on the Sacramento City Council. Sacramento Mayor Kevin Johnson appointed Jennings to serve on the Law and Legislation Committee and the Budget and Legislation Committee. He was also appointed to represent the City of Sacramento with The Sacramento Area Flood Control Agency, the Sacramento Public Library Authority, the Sacramento Regional Transit Authority, the Regional Water Authority, and the Sacramento Groundwater Authority. In 2016, Jennings was named Vice Mayor of Sacramento.

Jennings and his wife, Cassandra Jennings, have two children, TJ and Asha.

Rick Jennings was interviewed by The HistoryMakers on April 5, 2018.