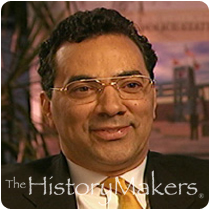 See how Richmond McCoy is related to other HistoryMakers

Prominent real estate executive Richmond McCoy was born to a large family in 1954, in upstate New York, and grew up in a rural area where his parents owned a dairy farm. His father also owned several apartment buildings in Harlem, and young Richmond often accompanied him to collect rent, sewing the seeds of his interest in real estate early on. When he was a teenager, McCoy's father died suddenly leaving his mother and his siblings to fend for themselves. After graduating from high school, McCoy left for the West Coast where he sold encyclopedias.

After returning to New York and pursuing sales and other opportunities, McCoy decided to pursue a career in commercial real estate obtaining his license in 1979. In 1984, McCoy embarked on his first entrepreneurial venture when he became one of the founding partners of Richard Sykes & Partners. There, McCoy widened his base of knowledge by doing transactions throughout the United States. In 1991, seeing a possible niche, McCoy set up his own firm, the R.M.C. Group, to provide corporate real estate services to major companies that wanted to work with minority-owned enterprises. By 1993, McCoy's business had expanded and he created the McCoy Realty Group, to provide asset management services to pension funds and large financial institutions such as Pitney-Bowes, Chase Manhattan Bank and the Teachers Insurance and Annuity Association, the world's largest privately managed pension fund.

By the mid-1990s McCoy saw a growing need for real estate and institutional asset management in African American communities and the not-for-profit sector. He attempted to fulfill these needs with the founding of UrbanAmerica. As President and chief executive officer, McCoy has seen UrbanAmerica grow tremendously. Some of its projects have included shopping malls in Florida, medical offices in Las Vegas, and police precincts in Maryland.

McCoy is a rising star in black business today having been profiled by Fortune, U.S. News & World Report, Black Enterprise, Time and the Wall Street Journal. In addition, he is the recipient of numerous awards and an honorary degree.

See how Richmond McCoy is related to other HistoryMakers
Click Here To Explore The Archive Today! 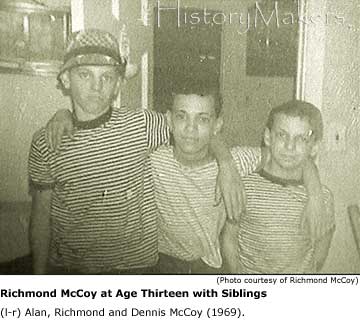 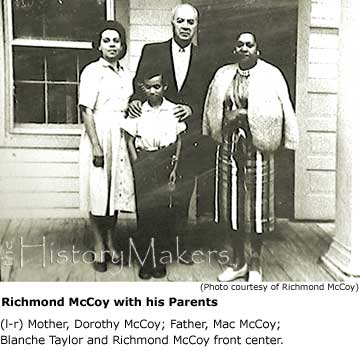