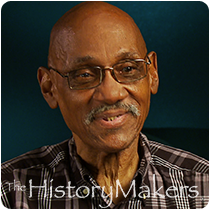 See how Richard X. Clark is related to other HistoryMakers

Civil rights activist and author Richard X. Clark was born on July 29, 1946 in New York City. He was raised in foster homes in the New York neighborhoods of Jamaica, Queens, and the Bronx. Clark graduated from DeWitt Clinton High School and enlisted in the United States Navy, where he served until 1968.

After his release in 1972, Clark moved to Greensboro, North Carolina and authored the book, The Brothers of Attica, which was published in 1973. Twenty years later, Clark relocated to New York City and became a case manager for Phase Piggy Bank, a Harlem-based organization that provides drug and alcohol rehabilitation.

See how Richard X. Clark is related to other HistoryMakers
Click Here To Explore The Archive Today!