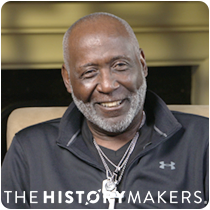 Actor Richard Roundtree was born on July 9, 1942 in New Rochelle, New York to John and Kathryn Roundtree. Roundtree attended New Rochelle High School, where he played on the school’s nationally ranked football team. In 1961, Roundtree earned an athletic scholarship to attend Southern Illinois University in Carbondale, Illinois, but he left school in 1963 to pursue a career as an actor and a model.

In 1963, Roundtree was hired by Eunice Johnson of Ebony magazine to model in the Ebony Fashion Fair. Roundtree went on to join the Negro Ensemble Company in 1967, where he played the role of boxing legend Jack Johnson in the company’s production of The Great White Hope. In 1971, Roundtree was cast in his most notable role as John Shaft in the 1971 action film, Shaft, directed by Gordon Parks. The popularity of the film turned Roundtree into a star with two subsequent sequels: Shaft’s Big Score (1972) and Shaft in Africa (1973). Following the success of the Shaft trilogy, Roundtree was awarded the Golden Globe Most Promising Newcomer Award in 1972. Roundtree went on to appear in several films throughout the 1970s and 1980s, including Earthquake (1974), Escape to Athena (1979), A Game for Vultures (1979), and Day of The Assassin (1979). In 1977, Roundtree appeared in the ABC television miniseries Roots, based on Alex Haley’s book Roots: The Saga of an American Family. Roundtree reprised the role of John Shaft in the 2000 film Shaft, starring Samuel L. Jackson as his character’s nephew, and directed by John Singleton. Roundtree has also appeared in several television series including Soul Food, Desperate Housewives, Heroes, and Grey’s Anatomy. In 2013, he became a series regular on the television show Being Mary Jane, appearing alongside actresses Gabrielle Union and Margaret Avery. Roundtree also appeared in multiple episodes of FOX’s television series Star in 2017 and 2018.

In 1993, Roundtree was diagnosed with a rare form of male breast cancer, and underwent chemotherapy and a double mastectomy. Since then, Roundtree has served as a breast cancer awareness advocate for the Susan G. Komen Foundation and the Know Your Score Men’s Health Initiative. Roundtree has received the MTV Lifetime Achievement Award for his role as Shaft, as well as an Image Award nomination in 1998, a Peabody Award in 2002 and a Black Theater Alliance Award Lifetime Achievement Award in 2010.

Richard Roundtree was interviewed by The HistoryMakers on March 1, 2018.