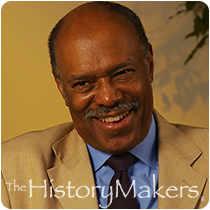 Journalist Richard Prince was born on July 26, 1947 in New York, New York, to Jonathan and Audrey Prince. Prince was raised in Roosevelt, Long Island, where he graduated from high school in 1964. Then, while a student at New York University, where he graduated in 1969 with his B.S. degree in journalism, he worked as a newspaper reporter for Newark, New Jersey’s Star-Ledger.

Upon graduation, Prince was hired as a reporter for the Washington Post. In 1972, he and six other African American reporters filed a complaint against the Washington Post with the United States Equal Employment Opportunity Commission. Their case for equal opportunity in the workplace triggered other similar events at news agencies across the country. In 1979, Prince accepted a new position as assistant metro editor of the Democrat and Chronicle in Rochester, New York. Two years later, he was promoted to assistant news editor. Then, in 1985, Prince was promoted again to editorial writer and columnist. From 1988 to 1993, his columns at the Democrat and Chronicle were syndicated by the Gannett News Service for publication in other newspapers across the country, giving Prince nationwide attention. Finally, in 1993, he was promoted once more to editor of the “Speaking Out” page.

In 1992, Prince became a founding member of the William Monroe Trotter Group, an association of African American newspaper columnists. Then, in 1994, he was hired as the publications editor of the organization Communities In Schools. Prince would stay in that position until 1998, when he became the interim director of communications at the National Association of Black Journalists. After shortly serving in that role, Prince returned to the Washington Post in 1999 as a part-time copy editor on the foreign desk, while working in investigative journalism for two years as editor of The Public i, an online news report of the Center for Public Integrity. In 2002, he became founding editor of the news service Black College Wire and also began writing his own column entitled Richard Prince’s Journal-isms through the Robert C. Maynard Institute for Journalism Education.

In 2010, Kent State University awarded Prince the Robert G. McGruder Award for his accomplishments in encouraging journalism diversity. In 2013, he was awarded the Ida B. Wells Award, presented by the Medill School at Northwestern University and the National Association of Black Journalists. Prince has also chaired the Diversity Committee of the Association of Opinion Journalists.

Richard Prince was interviewed by The HistoryMakers on October 22, 2013.