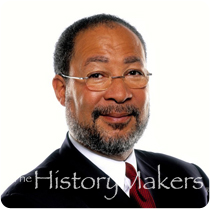 See how Richard Parsons is related to other HistoryMakers

Richard Dean Parsons was born on April 4, 1948, in Brooklyn, New York. Parsons graduated from the University of Hawaii and earned his J.D. degree from Union University’s Albany Law School in 1971.

Parsons began his career working as a lawyer and counsel for former New York governor Nelson Rockefeller. When Nelson Rockefeller became Vice President of the United States, Parsons moved to Washington, D.C., and served as a White House aide during the Gerald Ford Administration. In 1977, he moved back to New York and became the managing partner of the law firm Patterson, Belknap, Webb & Tyler. In 1988, Parsons was then chosen to serve as chief operating officer of Dime Bancorp, Inc., one of the largest thrift institutions in the United States.

Parsons joined Time Warner as its president in February 1995, and has been a member of the company’s board of directors since January 1991. As president, he oversaw the company’s filmed entertainment and music businesses and all corporate staff functions, including financial activities, legal affairs, public affairs, and administration. Parsons became chairman of the board in May 2003. From May 2002 to December 2007, Parsons served as Time Warner’s chief executive officer (CEO).

As CEO, Parsons led Time Warner’s turnaround and set the company on a solid path toward achieving sustainable growth. In the process, he put in place the industry’s most experienced and successful management team, strengthened the company’s balance sheet, simplified its corporate structure, and carried out a disciplined approach to realigning the company’s portfolio of assets to improve returns. In its January 2005 report on America’s Best CEOs, Institutional Investor magazine named Parsons the top CEO in the entertainment industry.

Parsons’ civic and non-profit commitments include co-chairman of the Mayor’s Commission on Economic Opportunity in New York; chairman emeritus of the Partnership for New York City; and chairman of the Apollo Theatre Foundation. He serves on the boards of Howard University, the Museum of Modern Art, and the American Museum of Natural History. He also serves on the boards of Citigroup and Estée Lauder.

See how Richard Parsons is related to other HistoryMakers
Click Here To Explore The Archive Today!