Information about Richard I. McKinney 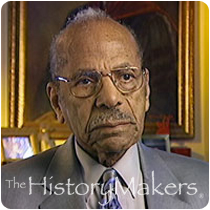 See how Richard I. McKinney is related to other HistoryMakers

Scholar and minister Richard McKinney was born on August 8, 1906, in Live Oak, Florida. McKinney graduated as valedictorian of his high school class at Morehouse Academy in 1927, and went on to attend Morehouse College. In 1931, McKinney received his A.B. degree in religion and philosophy; from there, he attended Andover Newton Theological School, where he earned his B.D. degree in 1934 and his S.T.M degree in 1937 in philosophy of religion. From Andover, McKinney went on to Yale University to earn his Ph.D. in 1942 with a focus on religion in higher education; he did his post-doctoral research at the University of Chicago, Columbia University, and the University of Paris.

While attending Andover, McKinney began his ministry in 1934, preaching at Pond Street Baptist Church in Providence, Rhode Island. In 1935, McKinney left Pond Street Church to join Virginia Union University as the director of religious activities and an assistant professor. McKinney remained at Virginia Union until 1944, eventually rising to the rank of dean of the School of Religion in 1942. Hired in 1944 by Storer College in Harpers Ferry, West Virginia, McKinney became the first African American president of the school. In 1951, McKinney was recruited by Morgan State University to work as a professor and to chair the Department of Philosophy and the Division of the Humanities. McKinney remained at Morgan State University until 1978, rising to the position of acting dean of the College of Arts and Sciences.

After leaving Morgan State University, McKinney returned to Virginia Union for a year, where he served as acting vice president for academic affairs. After leaving that position, McKinney continued his own research, writing, and lecturing, independently.

McKinney was listed in Who's Who in America, Who's Who in Black America and in the Dictionary of International Biography. McKinney served as the chairman of the Board of Union Baptist Church, and on the Board of Trustees of the Enoch Pratt Free Library of Baltimore.

Richard McKinney, the father of two, grandfather of five, and great-grandfather of six, passed away on October 28, 2005 at the age of ninety-nine.

See how Richard I. McKinney is related to other HistoryMakers
Click Here To Explore The Archive Today!