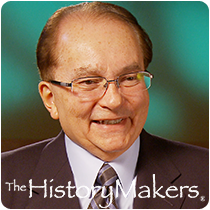 See how Richard Hope is related to other HistoryMakers
Donate Now

Educator and sociologist Richard Oliver Hope was born on April 1, 1939 in Atlanta, Georgia. He graduated from Pearl High School in Nashville, Tennessee and received his B.A. degree from Morehouse College in Atlanta, Georgia in 1961. Hope went on to receive his M.A. degree and his Ph.D. degree in sociology from the Maxwell School at Syracuse University in 1964 and 1969, respectively.

Upon graduation, Hope was hired as an assistant professor of sociology at Brooklyn College, where he worked until 1972. He also became a research associate at the metropolitan applied research center in New York. From 1972 to 1974, Hope served as the first director of research and evaluation for the Defense Race Relations Institute (now DEOMI), where he was responsible for the creation, administration, and development of human relations research for early curriculum materials, and analyses of worldwide intergroup relations in the U.S. military. In 1974, Hope was hired as full professor and chair of sociology, as well as director of the National Science Foundation Project at Morgan State University. In 1982, he became chair of sociology and the coordinator of the Liberal Arts Workshop for the Lilly Foundation in Indiana. At that time, he created the Center for International Studies and served as its first director. In 1988, Hope accepted a position at the Massachusetts Institute of Technology (MIT), where he served as executive director of the Quality Education Project in conjunction with the Carnegie Corporation. In 1990, Hope was hired at Princeton University as full professor of sociology and senior vice president of the Woodrow Wilson National Fellowship Foundation (WWNFF). While at the WWNFF, Hope developed the Public Policy Partnership Program in South Africa and the Pickering Foreign Affairs Fellowship Program. He also directed the Public Policy and International Affairs Fellowships, the Mellon-Mays Undergraduate Fellows Dissertation and Travel/Research Grants, and the Career Enhancement Fellowship. Hope was then named president of the 1971 DEOMI Foundation, Inc.

Hope has served on several public policy boards. He was a member of the board of directors of the National Urban League and Princeton University’s Center on African American Studies. Hope has also been elected to the Council on Foreign Relations and has served as an advisory panel member of The Brookings Institution.

Hope published numerous articles and books, including Racial Strife in the United States Military: Toward the Elimination of Discrimination, African-Americans and the Doctoral Experience: Implications for Policy, and Educating a New Majority: Transforming America's Educational System for Diversity. He has been the recipient for many awards for his work as well. Hope is the recipient of the Mellon-Mays Achievement Award for Leadership, the Gandhi-King-Ikeda International Peace Award, and the Martin Luther King, Jr. Award for Leadership in the Advancement of Minorities in International and Diplomatic Service.

Hope and his wife, Alice Anderson, live in Chicago, Illinois. They have two children: Leah and Richard, Jr.

See how Richard Hope is related to other HistoryMakers
Donate Now