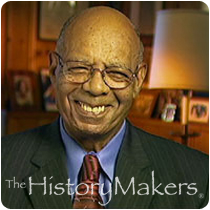 See how Richard Fairley is related to other HistoryMakers

Following his graduation from Dartmouth, Fairley went to work as a teacher in the Washington, D.C., public schools. In 1961, Fairley relocated to New York where he served as a lecturer at the Department of Defense Staff College in Brooklyn. In that capacity, Fairley served as an instructor to key government officials from across the United States. In 1964, Fairley joined the staff of the U.S. Department of Education where he held several executive positions. As Deputy Assistant Secretary and Director of Higher Education, Fairley administered thirty-five higher-education programs targeted at 3,400 colleges and universities. Fairley served as executive director to two oversight boards appointed by the President of the United States. As regional director for the Office of Education’s Civil Rights Division, Fairley negotiated the integration of the University of Alabama football team; developed the desegregation plans, later upheld by the Supreme Court, which eliminated de facto segregation in Mississippi; and set the timetable for desegregation in the seventeen southern states. Completing federal service at the Agency for International Development, Fairley served as the executive director of the University Center, where he developed educational linkages between American universities and universities in developing nations.

Fairley was honored by many organizations, including: numerous citations for Outstanding Service from the Department of Education; the Bill Cosby National Leadership Award; the Office of Education’s Equal Opportunity Achievement Award; the National Association of State and Federal Programs Presidential Award; and upon his retirement from federal government, a citation for Outstanding Service from the U.S. Secretary of Education. Fairley served as a fellow at the University of Minnesota, and was named a U.S. Office of Education Fellow and received a National Institute of Public Affairs Award Fellowship. He was also awarded honorary doctorate degrees from Rust and St. Paul Colleges. Fairley facilitated the founding of the National Coalition of Title I Parents; established three scholarship assistance programs for opportunity-deprived students; and created and raised hundreds of thousands of dollars for homework kits given to urban youngsters to assist them in completing homework assignments.

Fairley was a member of many boards, including the Maryland Advisory Council for the U.S. Civil Rights Commission; the International Association for Continuing Education and Training; the Target Store Education Advisory Board; and the National Urban League Education Committee.

Fairley founded and served as president of CRF & Associates, an educational consulting firm.


Fairley and his wife, Charlestine, lived in Annapolis, Maryland. Richard “Dick” Fairley passed away on July 24, 2006 at the age of seventy-three.

See how Richard Fairley is related to other HistoryMakers
Click Here To Explore The Archive Today!