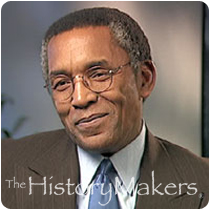 See how Reynaldo Glover is related to other HistoryMakers
Donate Now

Attorney Reynaldo P. Glover was born in Chicago, Illinois, on March 2, 1943, the second of six children. After graduating from high school, Glover went to Nashville, Tennessee, to attend Fisk University. In 1965, he enrolled in Harvard Law School, earning an LL.B. degree in 1968.

One of the galvanizing moments in Glover’s life came in 1965, while taking the Selective Service exam, when the examiner refused to believe that Glover was attending Harvard University. Glover realized that no amount of education that he had could dissuade some people from their prejudices. Following his graduation, Glover went to work for the Law Students Civil Rights Research Council, where he became the national executive director. By 1976, Glover had left New York for Chicago, and was a general partner at the law firm of Isham, Lincoln & Beale, where he remained until 1987. He left to become a partner at Jenner & Block, and in 1991 joined the firm of Miller, Shakman, Hamilton. He became counsel to Piper Rudnick. Glover left Miller, Shakman, Hamilton in 1994 and became vice president and general counsel to TLC Beatrice International Holdings in New York, and in 1999 became president of the renamed TLC-LC.

Under the leadership of Glover, TLC-LC saw substantial profit growth, and he was responsible for all of the firm’s worldwide legal activities. He served as the chairman of the Board of Trustees of the City Colleges of Chicago, was a member of the Economic Club of Chicago and the American Scuba Divers Association.

Glover and his wife, Pamela, have four children.

Glover was interviewed by The HistoryMakers on February 27, 2003.

See how Reynaldo Glover is related to other HistoryMakers
Donate Now
Click Here To Explore The Archive Today!