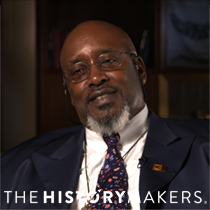 "Some Elements Erode, Still Others Destroy, Let’s Not Be Part Of Those Elements."

Lawyer Rex Butler was born on March 24, 1951 in New Brunswick, New Jersey to Beatrice Curry, and Ekker Butler. Soon after graduating from high school, Butler served as a hospital corpsman in the U.S. Navy from 1969 to 1973. He then earned his A.A. degree with honors from Florida Junior College, and his B.A. degree in journalism from the University of North Florida. Butler went on to work for The Florida Star newspaper, and as a mail carrier for the United States Postal Service for several years. In 1980, Butler enrolled at Howard University School of Law in Washington, D.C., worked as a law clerk at Maryland-National Capital Park & Planning Commission, and completed an internship at M. Ashley Dickerson, Inc. in Anchorage, Alaska before earning his J.D. degree in 1983.

Butler returned to Anchorage to work as an associate at M. Ashley Dickerson, Inc. until 1984, when he became a legislative aide for Alaska State Senator Joe Josephson. Butler then worked as an assistant attorney general for the Alaska Department of Law’s Division of Consumer Protection in Anchorage. He also served as general counsel for the Reverend Jesse Jackson, Sr. for President Committee-Alaska, and as the president of the Federal Bar Association Alaska Chapter. Butler founded Rex Lamont Butler and Associates, Inc. in 1985, where he worked as a criminal defense attorney. From 1990 to 2006, Butler also taught as an adjunct professor at the University of Alaska Anchorage and Anchorage Community College.

Butler was the recipient of a Martin Luther King Jr. Community Service Award, a public service award from Anchorage Mayor Tony Knowles, and a certificate of appreciation from the Anchorage Equal Rights Commission. Butler served on the board of directors for Akeela House and Brotherhood, Inc., and was a trustee of Eagle River Missionary Baptist Church. He was also a member of the Anchorage Telephone Commission and the Anchorage Anti-Gang and Youth Violence Policy Team.

Butler is married to Stephanie Butler. He has four children: Octavia, Synclaire, Nigel, and Vikteria.

Rex Butler was interviewed by The HistoryMakers on May 22, 2018.