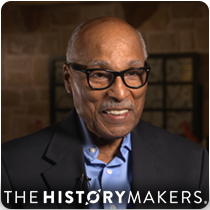 "God does not bless us for nothing, god blesses us so we can be a blessing to others."

Religious leader Reverend Zan Wesley Holmes was born on February 1, 1935 in San Angelo, Texas. He graduated from L.C. Anderson High School in Austin, Texas, and received his B.A. degree from Huston-Tillotson University in Austin, Texas in 1956, and both his B.Div. degree in 1959, and his S.T.M. degree in 1968, from the Perkins School of Theology at Southern Methodist University in Dallas, Texas.

In 1958, Holmes was pastor of the Hamilton Park United Methodist Church in Dallas, Texas. He served for ten years; and, in 1968, he became United Methodist district superintendent of the North Texas Conference. The same year, he was elected to the Texas House of Representatives for Dallas County’s Fifth District. In 1971, Judge William Taylor of the United States Court for the Northern District of Texas appointed Holmes to serve as chairperson of the Tri-Ethnic Committee, which oversaw the implementation of public school desegregation in the Dallas Independent School District. In 1979, he became senior pastor at St. Luke Community United Methodist Church in Dallas, Texas and served until 2002. In 1991, he published Reaching for Revival and the following year Encountering Jesus. His other publications include; When Trouble Comes, and chapters in Our Time under God is Now and Power in the Pulpit: How America’s Most Effective Black Preachers Prepare their Sermons.

In 1991, Governor Ann Richards appointed him to be the first African American to serve on the Board of Regents of the University of Texas System, a position he held from 1991 to 1997. Holmes was active in numerous community organizations including the Society for the Study of Black Religion, the American Academy of Homiletics and Black Methodists for Church Renewal. He was a member of Alpha Phi Alpha fraternity and an active lifetime member of the NAACP, and founding president of the Dallas African American Pastors Coalition, and past president of The Greater Dallas Community of Churches. He served on the board of directors for the State Fair of Texas and Northpark National Bank.

In 2001, he was recognized as one of the Civil Rights Movement’s “Invisible Giants” in the National Voting Rights Museum and Institute in Selma, Alabama. In 2012, the Dallas Independent School District named the Zan Wesley Holmes Jr. Middle School in his honor. In November, 2014, Southern Methodist University honored him as a Centennial History Maker during its Distinguished Alumni Award dinner. Holmes also holds honorary degrees from Huston-Tillotson University, Dillard University, and Rust College.

Reverend Zan Wesley Holmes was interviewed by The HistoryMakers on September 14, 2017.