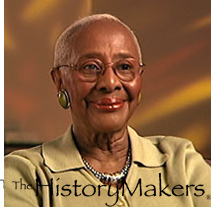 See how Reverend Willie T. Barrow is related to other HistoryMakers
Donate Now

Religious leader and civil rights activist Reverend Willie T. Barrow was born on December 7, 1924 to Octavia and Nelson Taplin, a minister. Barrow was raised in Burton, Texas, where as a student she led a demonstration of rural African American schoolchildren against a segregated school system. Barrow later attended Warner-Pacific Theological Seminary in Portland, Oregon, and helped build a church in that city in the 1940s.

Upon graduation, Barrow was ordained as a minister and began her career as both a spiritual and social activist. From 1953 to 1965, she was a field organizer for Reverend Dr. Martin Luther King, Jr. and the Southern Christian Leadership Conference, where she was responsible for the organization of transportation, shelter, meetings and rallies for demonstrations, including the 1965 March on Selma, Alabama. During the 1960s, Barrow was among the founding members of Operation Breadbasket in Chicago, Illinois, a program that provided spiritual guidance and practical assistance to communities in need. Later, in 1968, she led a three-person delegation to North Vietnam and participated in the negotiation of the Vietnam Peace Treaty.

Barrow went on to serve as co-chair of the Rainbow/PUSH Coalition, the organization that grew out of Operation Breadbasket. At the Coalition, she coordinated activities and served as an aide to Reverend Jesse Jackson, Sr. Barrow also served as associate minister of the Vernon Park Church of God in Chicago, and was active in the National Urban League and National Council of Negro Women.

Barrow was honored with a Doctor of Divinity degree from Monrovia, Liberia and a Leadership Certificate from Harvard University. She also received awards from the League of Black Women, the Christian Women's Conference, and the Indo-American Democratic Organization. In September of 1997, a street on Chicago's South Side was renamed in her honor; and, that same year, the Reverend Willie Barrow Wellness Center was opened to bring affordable and accessible health care to needed areas in Chicago. She authored the book, How to Get Married and Stay Married, which was published in 2004.

See how Reverend Willie T. Barrow is related to other HistoryMakers
Donate Now
Click Here To Explore The Archive Today! 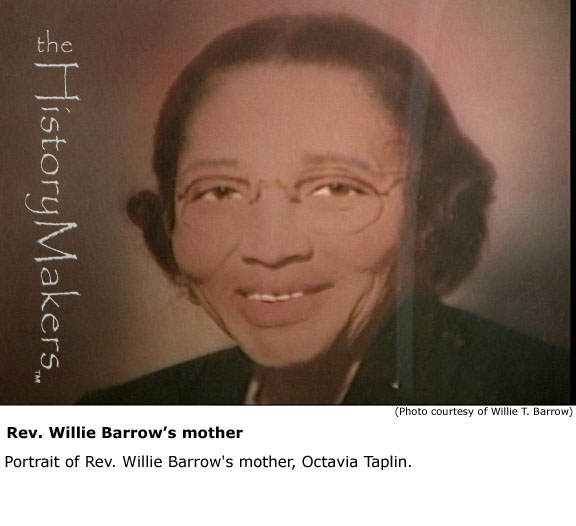 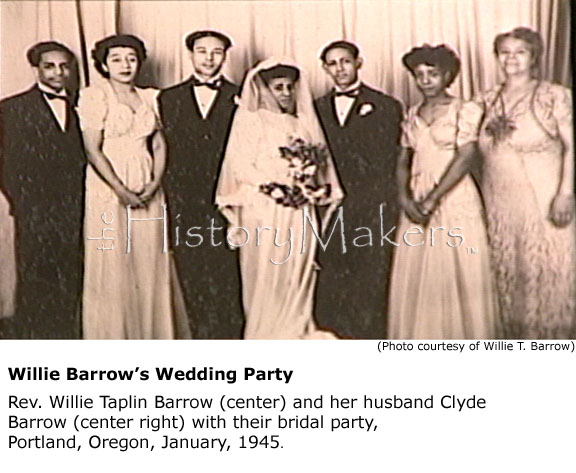