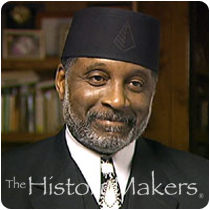 Pastor, musician, and motivational speaker the Reverend Thomas Lee (T. L.) Barrett was born January 13, 1944, in Jamaica, Long Island, New York. His father, from the Mississippi Delta, was a part-time gospel performer with the Southern Wonders. At the age of nine, Barrett's family moved to Chicago, Illinois, and Barrett continued to struggle in school. After his father passed away, Barrett returned to New York and found work in a hospital removing brains from cadavers at the age of sixteen.

By that year, Barrett's musical talents were being noticed, especially his ability on the piano. He began performing at the Waldorf Astoria and the New York City Village Gate, as well as in several church choirs. He gave up his job in the hospital, and in addition to his music, worked as an executive shoeshine man. Feeling the call to the ministry, Barrett attended Bethel Bible College and passed the New York State Board of Regents ministerial exam. After marrying a young woman from New York, Barrett returned to Chicago in 1967. The following year, he was named the pastor of Life Center Church of God in Christ, and in 1968 he began purchasing airtime on local radio stations to spread his ministry. By 1973, he was a regular on WBMX, and he remained on-air there until switching to WJPC in 1980.

Barrett has been active in a number of causes, including the Million Man March in Washington, D.C., in 1995. During that event, he brought busloads of men from Chicago to the nation's capital. He was also one of the regional coordinators for the Million Family March in 2000. He has worked with other Chicago-area pastors and gangs to explore ways in which gangs could prevent crime in troubled urban areas. A strong believer in family values, Barrett was a supporter of the Reverend Sun Myung Moon and the Catholic Archbishop Emmanuel Milingo, who took a wife and was ostracized by the Catholic Church. Barrett has also recorded five albums and several sessions of taped sermons.