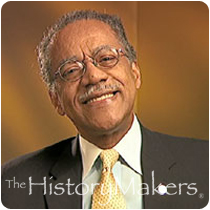 See how Reverend Samuel Billy Kyles is related to other HistoryMakers

The Reverend Samuel "Billy" Kyles was born in Shelby, Mississippi, on September 26, 1934. A longtime participant in the civil rights movement, Kyles was the founding pastor of the Monumental Baptist Church in Memphis, Tennessee in 1959.

After Memphis sanitation workers went on strike in February 1968 due to low pay and poor working conditions, Kyles led the effort to gain community support for the striking workers. He organized nightly rallies and raised money before scheduling a major rally for April 3, 1968. Kyles persuaded the Reverend Dr. Martin Luther King, Jr. to come to Memphis and speak at the event. Kyles accompanied King and his entourage that day and was on hand when King was assassinated in the early evening. Kyles is widely believed to be the only living person to have been with King during his dying hour.

Kyles has maintained his involvement with civil rights work since the 1960s. He belonged to several civic and professional organizations. Kyles was a founding member of the National Board of People United to Save Humanity (PUSH), the executive director of Rainbow/PUSH-Memphis and the executive producer of Rainbow/PUSH WLOK Radio. Kyles also worked on Jesse Jackson's 1984 and 1988 presidential campaigns and was a delegate to the First African National Congress. He was appointed by President Bill Clinton to serve on the Advisory Committee on Religious Freedom Abroad.

Kyles has appeared in several television documentaries about the life and assassination of King and has toured the country extensively, speaking on King and his message. Kyles received several honors and awards, including the Tennessee Living Legend Award in 1992.

See how Reverend Samuel Billy Kyles is related to other HistoryMakers
Click Here To Explore The Archive Today!