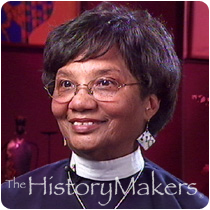 An Episcopalian priest, the Reverend Canon Nan Arrington Peete was born on August 19, 1938, in Chicago, Illinois. She graduated from the University of Chicago Laboratory School in 1955. Her parents, Phoebe and Maurice Arrington, worked as a teacher and civil engineer, respectively. Her father lived mostly in Michigan where his work projects were located, but he traveled to Chicago every week to be with the family. After high school, Peete married and had two children, Richard and Valerie, and her family relocated to Los Angeles. She earned her B.A. degree in economics from Occidental College in Los Angeles in 1975, her M.A. degree in human resource management from the University of Redlands in Redlands, California in 1978, and her M.Div.degree from the General Theological Seminary in New York City in 1984.

Prior to entering the seminary, Peete was a management consultant with Coopers and Lybrand Accounting Firm, where she was an expert in organizational management and financial analysis. After her ordination in 1984, Peete was the curate at St. Mark's Church in Upland, California, and in 1985 became rector of All Saints Church in Indianapolis. Working with the Indianapolis Episcopal Metro Council, she involved the parish in housing the homeless in the nave of the church, which eventually led to the development of the Dayspring family shelter ministry. From 1989 to 1994, Peete served in the Diocese of Atlanta as Canon to the Ordinary. In this assignment, she was responsible for the ordination process of priests, the Training-in-Ministry program, and the deployment of clergy for congregations seeking clergy.

In 1988, Peete was invited by the Archbishop of Canterbury to be a consultant for the Lambeth Conference, a conference of Bishops representing Dioceses around the world. She was the first ordained woman to address this body, which meets every ten years in Canterbury, England. She faced opposition but also received tremendous support as she made her case in the speech she gave. The speech was well received, and resulted in an international policy change and the ordination of many women priests and the subsequent ordination of women as Bishops of the Episcopal Church. She was also a speaker at the pre-Lambeth meeting of the Afro-Anglican Bishops, held in Cambridge, England. She has been invited to speak and preach at a number of international and national meetings, conventions and assemblies.

From 1994 to 1999, Peete served on the staff at Trinity Church Wall Street as the associate for Pastoral and Outreach ministries, and as the Canon for Ministry in the Diocese of Southern Ohio from 1999 to 2003. She became Canon for Deployment and Ordination for the Diocese of Washington in March 2003.

Peete represents the Episcopal Church on the National Ministries Unit of the National Council of Churches in Christ (NCCC), and on the Inclusiveness and Justice Standing Committee of the NCCC. She was one of the keynote speakers at the 1995 Afro-Anglican conference in Cape Town, South Africa. She also participated in the first Afro-Anglican conference in Barbados in 1985. She serves on many church-related boards and commissions.

See how Reverend Nan Arrington Peete is related to other HistoryMakers
Donate Now
Click Here To Explore The Archive Today!