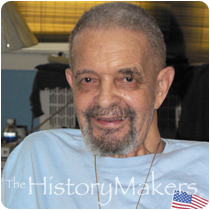 Civil rights activist and pastor Rev. Joseph Metz Rollins, Jr. was born on September 8, 1926 in Newport News, Virginia to Reverend Joseph Metz Rollins, Sr. and Alice C. Rollins, as the first of two children. Rollins’ father was the pastor of the Carver Memorial Presbyterian Church for forty-four years, beginning just one year before Rollins’ birth. In 1970, his church had become one of the largest in the Southern Virginia Presbytery when Rollins retired.

In 1954, at the age of twenty-seven, the presbytery sent Rollins from Newport News to become the first pastor at Trinity Presbyterian Church in Tallahassee, Florida. There, Rollins was active in the Tallahassee Bus Boycott, which was coordinated by the Inter-Civic Council. Rollins served as treasurer for the group, working with civil rights activist Reverend C.K. Steele. During the boycott, many in the group’s leadership were threatened with violence. Rollins, in particular, received death threats. Despite this, he became known for his outspoken nature and unwillingness to compromise on important issues. Rollins’ activism had consequences on his career. The Florida Presbytery fired him and abandoned Trinity Presbyterian Church, which forced Rollins to take a job as a hospital orderly. His congregation, in the meantime, purchased new land and joined the “Northern Presbyterian Church,” becoming Trinity United Presbyterian. Steadfast in service to civil rights, in 1961, Rollins was arrested in Jackson, Mississippi for his participation in the Freedom Rides. He was struck in the head by a rock in 1963 protesting in Nashville, Tennessee. Rollins served as Vice President of the Nashville Christian Leadership Council, a branch of Dr. Martin Luther King, Jr.’s Southern Christian Leadership Conference and acted as the field director for United Presbyterian’s Board of Education.

Reverend Joseph Metz Rollins, Jr. was interviewed by The HistoryMakers on September 14, 2007.

See how Reverend Joseph Metz Rollins is related to other HistoryMakers
Donate Now
Click Here To Explore The Archive Today!