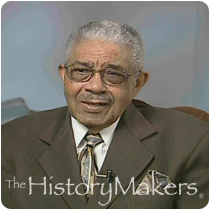 After high school, in 1944, Cross entered the United States Army as an assistant regimental chaplain. Completing his tour of duty, he worked as a teacher for the Haynes public schools. Cross attended Virginia Union University in Richmond, Virginia, where he met and married his wife, Julia. Cross earned his B.A. degree in social science in 1950. He then worked as a counselor for boys and as a minister at Oak Grove Baptist Church in Widewater, Virginia. Cross returned to Virginia Union University’s School of Theology and received his M.Div. degree in 1959.

Cross was working as pastor of Gravel Hill Baptist Church in 1962 when he was called to pastor the Sixteenth Street Baptist Church in Birmingham, Alabama. The church became a haven for civil rights organizers and a target for Southern segregationists. On September 15, 1963, the church was bombed. The explosion killed four young girls, injured many others. and marked a turning point in the civil rights movement. Cross stayed on as pastor until 1968. He was appointed director of the Baptist Student Center at Alabama State University, where he taught history and sociology. Cross then moved to Decatur, Georgia, where he became the associate pastor of Oakhurst Baptist Church for seven years. Cross served as the black church relations director of the Atlanta Baptist Association from 1977 until he retired in 1989. After retirement, Cross stay involved in several part-time ministries, such as chaplain at the DeKalb and Fulton County youth development centers and as interim pastor at Divine Unity and Liberty Baptist Church in Atlanta, Georgia.

Cross has received numerous awards and proclamations for his role in the civil rights movement and his dynamic leadership at the historic Sixteenth Street Baptist Church, as well as his work to improve race relations, missions and ecumenism in the United States and Africa. Cross has four children: Michael, Alma, Lynn, and Barbara, who was his caregiver.

Reverend John Haywood Cross, Jr. was interviewed by The HistoryMakers on April 13, 2006.