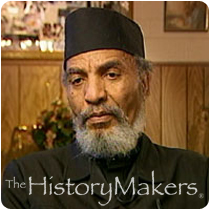 Civil rights activist Reverend James Luther Bevel was born in Itta Bena, Mississippi, on October 19, 1936. After a stint in the services, Bevel was called to the ministry and enrolled in the American Baptist Theological Seminary in Nashville, Tennessee. While in the Seminary, Bevel joined the Nashville chapter of the Southern Christian Leadership Conference (SCLC), then led by the Reverend James Lawson.


In 1960, Bevel and other black students trained by Lawson, including John Lewis, Dianne Nash, Marion Barry, and Bernard Lafayette, organized sit-ins against segregated lunch counters. Eventually Bevel and his colleagues won a hard-fought, nonviolent victory; soon after, as chairman of the Nashville student movement, Bevel participated in Freedom Rides to desegregate interstate travel and public accommodations throughout the South. In his home state, Bevel created the SCLC Mississippi Project for voting rights in 1962. In 1963, Bevel was compelled to join the desegregation struggle being waged by Dr. Martin Luther King, Jr. and the Reverend Fred Shuttlesworth in Birmingham, Alabama. When King was jailed, Bevel organized black children and marched against Commissioner Bull Connor's fire hoses and police dogs. The "Children's Crusade," as the movement led by Bevel came to be known, turned the media tide in the favor of the desegregationists. Bevel helped in the brainstorming for the March on Washington in 1963, and the Selma to Montgomery marches in 1965. Bevel also worked behind the scenes on the Chicago open housing movement in 1966; the anti-Vietnam War movement in 1967; the Memphis sanitation workers strike; and the Poor People's Campaign in 1968.

In 1969, Bevel left SCLC and created the Making of a Man Clinic in 1970. In the 1980s and 1990s, Bevel founded Students for Education and Economic Development (SEED). In 1992, Bevel ran for vice president on a ticket with Lyndon LaRouche.

Bevel served as pastor of the Hebraic-Christian-Islamic Assembly in Chicago; a board member of Chicago's Fulfilling Our Responsibilities Unto Mankind (F.O.R.U.M.); and chairman of the Camden, New Jersey, County Economic Development Board. Bevel also served as pastor and adviser to Chicago's Council of Mothers; the West Side Baptist Minister's Conference; WorkShip Coalition; and the Nation of Islam.