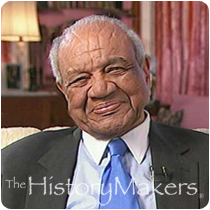 Born on June 18, 1918, as the only child of an educated mother and a Baptist preacher in Baton Rouge, Louisiana, Gardner Calvin Taylor began on the path that would eventually lead to becoming the influential senior pastor of the Concord Baptist Church of Christ in Brooklyn, New York. His peers named him the greatest African American preacher and one of America's greatest preachers in Ebony magazine in 1993. President Bill Clinton agreed in 2000 when he bestowed upon Taylor the Presidential Medal of Freedom.

Despite his background, Taylor was agnostic until his involvement in a 1937 car accident in which a man died. This incident awoke his spirituality. Consequently, he enrolled in the Oberlin Graduate School of Theology in 1937, where he met and married Laura Bell Scott. They have one daughter, Martha. While still in school, he preached at Bethany Baptist Church in Oberlin, Ohio from 1938 to 1941.

Taylor actively advocated civil rights, social change and self-reliance as pastor for four churches. He allied himself with Dr. Martin Luther King, Jr. and the progressive civil rights wing of the National Baptist Convention. Taylor sought the presidency of the National Baptist Church Convention in 1961. After losing, he and his followers formed the Progressive National Baptist Convention. Taylor taught at prominent divinity schools, including Harvard and Yale. As Senior Pastor Emeritus of Concord, he traveled extensively around the world and used his experiences in his preaching.

Thurman, Howard, ed. Why I Believe There Is a God. Chicago: Johnson Publishing Co., 1965.

See how Reverend Gardner Taylor is related to other HistoryMakers
Donate Now
Click Here To Explore The Archive Today!