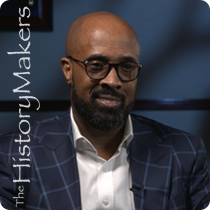 Religious leader Reverend Frederick Douglass Haynes, III was born on November 10, 1960 in Dallas, Texas to Reverend Frederick D. Haynes, Jr. and Lynetta Haynes-Oliver. He graduated from Abraham Lincoln High School in San Francisco, California. Haynes earned his B.A. degree in religion and English from Bishop College in Dallas, Texas in 1982, his M.Div. degree from Southwestern Baptist Theological Seminary, and his D.Min. degree from the Graduate Theological Foundation in Mishawaka, Indiana in 2005. He also studied at Christ Church Oxford University in Oxford, England.

In 1983, Haynes accepted a position as senior pastor at Friendship-West Baptist Church. Under his leadership, the Friendship-West Baptist Church adopted churches in both Zimbabwe and South Africa. With a great amount of assistance from Friendship-West, the Emmanuel Baptist Church in Harare, Zimbabwe built a worship facility, school, and health clinic. In 2010, with the earthquake in Haiti, Haynes and Friendship-West adopted a village in Haiti and helped construct wells to provide the village with water. Haynes is also involved in the radio industry. He hosted Freddy Haynes Unscripted on Radio One’s 94.5 KSOUL, in addition to delivering the closing “Inspirational Vitamin on K104’s Skip Murphy Morning Show for seven years. He currently delivers the “Praise Break” message for the Rickey Smiley Morning Show.

Haynes helped organize the Faith Summit on Poverty, which consisted of Dallas community leaders and city officials who were dedicated to reducing domestic violence and poverty. Haynes has also used donations from Friendship-West to fund historically black colleges and universities with over $1 million, as well as scholarships to HBCU students to over $2 million. He serves as chairman of the board of the Samuel DeWitt Proctor Conference, board member of the Conference of National Black Churches and the National Action Network, and as a member of the Board of Trustees for Paul Quinn College.

Haynes authored two books, Healing Our Broken Village and Soul Fitness. He was named to Ebony magazines “Power 100 list of influential African Americans," and was inducted into the National Black College Alumni Hall of Fame, both in 2012.

Haynes and his wife, Debra Peek-Haynes, have a daughter, Abeni Jewel Haynes.

Reverend Frederick Douglass Haynes, III was interviewed by The HistoryMakers on March 13, 2017.