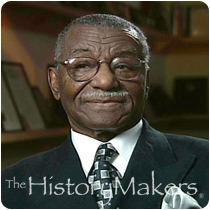 One of the most relentless figures of the Civil Rights Movement, the Reverend Fred Lee Shuttlesworth was born on March 18, 1922, in Montgomery County, Alabama. His biological father was Vetta Greene. However, Shuttlesworth was raised by his mother, Alberta Robinson Shuttlesworth and his stepfather, William Nathan Shuttlesworth, a farmer in rural Oxmoor, Alabama. Shuttlesworth attended Oxmoor Elementary School where he was mentored by teacher Israel Ramsey. He started as a student at Wenonah School, but graduated from Rosedale High School in 1940. Shuttlesworth married Ruby Keeler, a nurse, in 1941 and moved to Mobile in 1943 where he became a truck driver and studied auto mechanics. Rev. E.A. Palmer encouraged Shuttlesworth to attend Cedar Grove Academy, a local bible college. In 1945, he delivered a sermon at Selma University and decided to pursue his A.B. degree there and later at Alabama State College. By 1950, Shuttlesworth was the pastor of First Baptist Church in Selma, Alabama, and in 1953, he returned to Birmingham as pastor of Bethel Baptist Church.

In May of 1956, at a mass meeting at Bethel, Shuttlesworth established the Alabama Christian Movement for Human Rights (ACMHR). In December of that year, the United States Supreme Court ruled that bus segregation in Montgomery, Alabama, was illegal. Shuttlesworth immediately announced that the ACMHR was going to test segregation laws in Birmingham. On Christmas night the Shuttlesworth house was blown up by sixteen sticks of Ku Klux Klan dynamite. Shuttlesworth, who landed in the basement and whose bedroom was blown apart, and visiting Deacon Charles Robinson were unharmed. Shuttlesworth, then, led a rally the very next day. He was beaten by police in 1957 for trying to enroll his daughter in an all white school and that same year joined with Dr. Martin Luther King Jr., Ralph David Abernathy, and Bayard Rustin to form the Southern Christian Leadership Conference (SCLC). He also assisted the Congress on Racial Equality (CORE) in organizing the Freedom Rides. Shuttlesworth was hospitalized in 1963 as a result of being attacked by Sheriff Bull Connor’s water cannons as he led a mass nonviolent demonstration. However, Shuttlesworth continued to work to secure Birmingham’s public accommodations and the desegregation of its schools.

In 1966, Shuttlesworth became the pastor of the Greater New Light Baptist Church in Cincinnati, Ohio, and served as founding director of the Shuttlesworth Housing Foundation. The recipient of numerous awards, Shuttlesworth was a remarkable figure and unsung hero of the Civil Rights Movement.

Shuttlesworth passed away on October 5, 2011.

Reverend Fred Shuttlesworth was interviewed by The HistoryMakers on March 25, 2006.