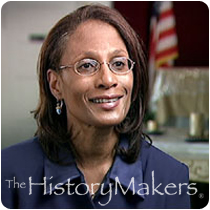 Favorite Color:
Red
Favorite Food:
Salad
Favorite Time of Year:
Spring
Favorite Vacation Spot:
Anywhere New
Favorite Quote:
I Will Bless The Lord At All Times; His Praise Shall Continually Be In My Mouth.

Favorite Color:
Red
Favorite Food:
Salad
Favorite Time of Year:
Spring
Favorite Vacation Spot:
Anywhere New
Favorite Quote:
I Will Bless The Lord At All Times; His Praise Shall Continually Be In My Mouth.

Born on December 18, 1947, in Baltimore, Maryland, the Reverend Frances Murphy Draper is the great-granddaughter of the founder of the Afro-American. Draper attended Morgan State University, earning a B.A. in Spanish education in 1969, and then enrolled in Johns Hopkins University to earn a M.Ed. in 1973. Draper then attended the University of Maryland, earning an M.B.A. in 1981, and picked up graduate credits at St. Mary's Seminary before receiving an M.S. in pastoral counseling in 1996 from Loyola College in Baltimore. That same year, she received a doctorate in ministry from the United Theological Seminary in Dayton, Ohio.

After completing her bachelor's degree, Draper began teaching in the Baltimore public schools in 1969 and continued to do so for four years. Joining the family business in 1973, she became the manager of the New Jersey edition of the Afro-American. In 1976, she left the paper to become an account executive at Merrill Lynch Pierce Fenner & Smith, before returning to her alma mater of Morgan State to serve as an assistant vice president of development in 1978. She remained there for eight years, becoming an instructor in 1984, and then returned to the Afro-American in 1986 as president. Leaving the paper for a second time in 1999, Draper is today the pastor of Freedom Temple African Methodist Episcopal Zion Church in Baltimore, formerly known as John Wesley A.M.E. Zion Church.

As a lifelong citizen of Baltimore, Draper has been extraordinarily active in the community. She serves as vice hair of the Board of Regents of Morgan State University, treasurer of the Board of the Afro-American Newspapers and Loyola College, has served on the boards of the United Way of Central Maryland and Loyola University Maryland and was the vice chairperson of the Baltimore's Literacy Foundation. Three times she has been honored as one of Maryland's Top 100 Women, and she has been placed in the Maryland Circle of Excellence for women demonstrating sustained achievement. Draper and her husband live in Baltimore. They have four children.

See how Reverend Frances Murphy Draper is related to other HistoryMakers
Donate Now
Click Here To Explore The Archive Today!