Information about Reverend France A. Davis 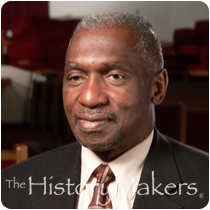 See how Reverend France A. Davis is related to other HistoryMakers

Reverend France Albert Davis was born on December 5, 1946 on a farm, outside of Gough, Georgia to John and Julia Davis. He attended and graduated from the segregated Waynesboro High & Industrial School in Waynesboro, Georgia in 1964. In 1966, Davis joined the United States Air Force where he served as an aircraft mechanic. He went on to earn his B.A. degree in rhetoric from the University of California at Berkeley and his B.S. degree in religion from Westminster College in Salt Lake City. Davis also earned his M.A. degree in mass communications from the University of Utah. He has attended several other universities including the Tuskegee Institute and Laney College in Oakland, studying subjects ranging from Afro-American Studies to arts and humanities.

In 1968, Davis served as the assistant to the pastor at St. Paul Baptist Church in Boise, Idaho. Then, in 1971, he received his certificate of ordination at Center Street Baptist Church in Oakland, California where he later became an associate and youth minister. In 1972, Davis came to Salt Lake City, Utah to fulfill a one-year teaching fellowship at the University of Utah. That same year, he joined Calvary Baptist Church where he later served as pastor and chief administrator.

During the 1960s, Davis participated in the Civil Rights Movement and marched from Selma, Alabama to Montgomery, Alabama promoting voting rights for African Americans. At the onset of the Civil Rights Movement, he met Dr. Martin Luther King, Jr. and received his spiritual calling into the ministry as a young man. In 1972, Davis was confronted by his minority status, when he was removed from the LDS Church-owned Brigham Young University campus for wearing an afro. As a political activist, Davis was also instrumental in declaring Martin Luther King Jr. Day as an official holiday, an achievement for which his church office was riddled with gun shots. He later furthered his education by earning his M.M. degree in ministry from Northwest Nazarene University in Nampa, Idaho in 1994.

Davis has served as the secretary of the Salt Lake Ministerial Association; a member of the South Africa Preaching Team for the National Baptist Convention’s Foreign Mission and as an advisor, vice-president and assistant to the Dean of the Intermountain General Baptist Convention. He has also taught as an adjunct associate professor in the Department of Communications at the University of Utah in Salt Lake City. Davis has written several publications including Light in the Midst of Zion: A History of Black Baptists in Utah 1892-1996 and his autobiography, France Davis: An American Story Told in 2007.

Davis lives in Salt Lake City, Utah with his wife, Willene. They have three children: Carolyn, Grace and France; and one grandson, Cedric.

Davis was interviewed by The HistoryMakers on March 13, 2008.

See how Reverend France A. Davis is related to other HistoryMakers
Click Here To Explore The Archive Today!