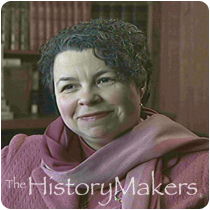 Favorite Color:
Pink
Favorite Food:
Sweets
Favorite Time of Year:
Fall
Favorite Vacation Spot:
Jamaica
Favorite Quote:
I Can Do All Things Through Jesus Christ, Who Is My Strength And My Life.

Favorite Color:
Pink
Favorite Food:
Sweets
Favorite Time of Year:
Fall
Favorite Vacation Spot:
Jamaica
Favorite Quote:
I Can Do All Things Through Jesus Christ, Who Is My Strength And My Life.

Theologian Rose Eileen Niles McCrary was born on October 26, 1961, in New York City, the daughter of Jean Niles of Brisbane, Australia, and David Niles of St. Vincent, British West Indies. As a child, McCrary grew up in the University Heights Presbyterian Church in the Bronx where she served as a member of Youth Connection. McCrary received her diploma in 1979 from the Bronx High School of Science, and that same year enrolled in Harvard Radcliffe University where she received her B.A. degree in comparative world religion in 1983. In 1990, in addition to receiving her Masters of Divinity degree from Harvard Divinity School, McCrary also received training in family and group process at Kantor Family Institute and the Family Center, Incorporated in Somerville, Massachusetts.

McCrary was ordained to the ministry of Word and Sacrament in 1991, by the Presbytery of New York City, and served as Pastor of the Emmanuel Presbyterian Church in the Lower Eastside of Manhattan until 1996. McCrary also served as a moderator of the Synod of the Northeast Presbyterian Church. Moving to Mount Vernon, New York, in 1996, McCrary became the Minister of the First Presbyterian Church; included in her ministry are a women’s homeless shelter, a music academy, and an immigration justice ministry. Returning to her studies, McCrary received her doctorate of ministry degree in 1998 from the New York Theological Seminary where she also became a member of the faculty. As a volunteer, McCrary served as a religion professor at Sing Sing Correctional Facility in Ossining, New York.

In 2003, McCrary was elected a trustee to the Mount Vernon School District School Board and in 2004 served as the President of the Board. McCrary served for over twelve years as the pastor of the First Presbyterian Church. McCrary continued to work with the community and speak out on behalf of the underprivileged in Mount Vernon, New York, where she resided with her daughter, Eupha Jeanne.