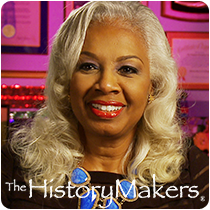 See how Reverend Dr. Millicent Hunter is related to other HistoryMakers
Donate Now

Pastor, educator and author Millicent Hunter was born on September 3, 1950. She graduated from Overbrook High School in Philadelphia, Pennsylvania in 1968. Hunter went on to earn her bachelor’s degree, two master's degrees, an Ed.D. degree, and a D.Min. degree from United Theological Seminary.

Hunter is the founder of the National Association of Clergy Women, the Excell Christian Academy, and the Worship Center Bible Training Institute in the United States and South Africa. She is also the chief executive officer of the Excell Community Development Corporation. Hunter has served as a city commissioner in Philadelphia and is also a member of the Board of Directors of the Philadelphia Baptist Association. In addition, she was a former dean of the Sanctuary Bible Institute and an adjunct faculty member at a number of colleges and universities, including the United Theological Seminary. She also taught in the Eastern School of Christian Ministry and the Urban Clergy Leadership Institute of Eastern Baptist Theological Seminary.

Hunter has authored eight books and is president of Hunter House Publishers. Her first book, entitled Don’t Die In The Winter…Your Season Is Coming, became a bestseller and was produced into an eight-week television series. Her other books include Crashing Satan's Party: Destroying the Works of the Adversary in Your Life; Pot Liquor for the Soul; Strong Medicine: Prescriptions for Successful Living; Destined To Win: Prescriptions for Successful Living In Every Area of Your Life; and How to Survive a Hurt Attack. Hunter has also published numerous articles addressing issues that impact African American life.

She has received numerous awards for her involvement in religious and civic affairs. Hunter was featured in Gospel Today magazine as one of America’s top 10 global pacesetting pastors, and in Charisma and Ebony magazines as a leading pastor for world evangelism. Hunter was also included in a Smithsonian Institute pictorial study of African American life in the twenty-first century.

She is married to Dr. Marino Hunter and has two children, Jason and Melissa.

Rev. Dr. Millicent Hunter was interviewed by The HistoryMakers on June 12, 2014.

See how Reverend Dr. Millicent Hunter is related to other HistoryMakers
Donate Now
Click Here To Explore The Archive Today!