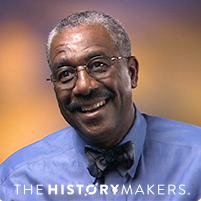 See how Reverend Dr. Leon D. Finney, Jr. is related to other HistoryMakers

Born in Louise, Mississippi in 1938, Rev. Leon Finney has devoted his professional life to the revitalization of urban communities. Finney is most identified with the Woodland Organization, a community development initiative. His leadership of the Woodland Organization and its $90 million in real estate investments has served to motivate many other communities across the country to initiate similar community development programs.

Finney founded the Christ Apostolic Church and serves as its pastor. He has taught at the University of Chicago, Lutheran School of Theology, the University of Illinois and Northwestern University, Presbyterian College of Korea and the Theological College of the Bahamas. In 1993, he joined the staff of McCormick Theological Seminary as a professor of African American Leadership Studies and Executive Director of the African-American Leadership Partnership (AALP). Finney is also the Chairman and Principal for the Lincoln South Central Real Estate Group, Inc.

Finney has served as vice-chairman of the Chicago Public Housing Authority and chairman of the Monitoring Commission for School Desegregation for Chicago Public Schools. He has also served as a board member for the Chicago Planning Commission, Broadcast Ministers Alliance and Council for a Parliament of the World's Religions. Finney has written several publications on economic and social development in our cities, including: Urban Disinvestment: A Counter Strategy, for the U.S. Department of Housing and Urban Development, Neighborhood Economic Development-Myth or Fact, and TWO Model Cities Plan.

Finney has received various awards and honors for his professional and civic work. He married Georgette Greenlee-Finney in June 2002.

See how Reverend Dr. Leon D. Finney, Jr. is related to other HistoryMakers
Click Here To Explore The Archive Today!