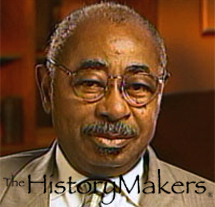 "Look where He brought me from."

The Reverend Dr. Johnie H. Flakes, Jr., was born in Phoenix City, Alabama, on January 12, 1935. Flakes started his education in the Russell County Public School System. Since 1961, he has been the pastor at the Fourth Street Missionary Baptist Church in Columbus, Georgia, as well as an outspoken activist.

Flakes has numerous local, national and international affiliations with religious and civic organizations. He is the chairman of the Board of Trustees at the American Baptist College. Because of Flakes’ dedicated Christian and civic service, he has received hundreds of awards and honors, including the 1971 Outstanding Personality of the South; one of the Ten Outstanding Ministers in Georgia for 1991; the Columbus Ledger 2000 Edition – People Who Made a Difference; the 2000 Alpha Phi Alpha Martin Luther King Award; the 2000 Operation PUSH Martin Luther King Award; and the Congress of Christian Education’s Knighthood Award.

He is married to Robena Gaines Flakes. They have three children, Sencira Flakes Williams, Johnie Flakes, III and Merle Flakes. They are also the grandparents of Braya J. Flakes and Christina E. Flakes.