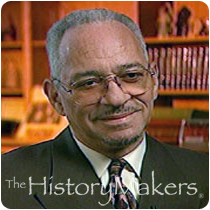 See how Reverend Dr. Jeremiah A. Wright, Jr. is related to other HistoryMakers
Donate Now

Considered a "preacher par excellence," Reverend Jeremiah A. Wright, Jr. was born on September 22, 1941, in Philadelphia, Pennsylvania. His parents, Reverend Jeremiah Wright, Sr., and Dr. Mary Henderson Wright, were his earliest influences instilling in him the possibility of balancing the intellectual with the spiritual. Armed with this philosophical upbringing, Wright has pastored Chicago's Trinity United Church of Christ since 1972, seeing its membership grow from eighty-seven adult members to a congregation of nearly 10,000. Wright's early education took place in Philadelphia's public schools. From there, he went on to earn a B.A. and M.A. from Howard University, an M.A. from the University of Chicago and a doctorate in divinity from United Theological College, where he studied under the eminent, late Dr. Samuel DeWitt Proctor.

Wright takes seriously not only the call to worship but also the call to take action as mandated by the Gospel. Under his leadership, Trinity adopted the motto "Unashamedly Black and Unapologetically Christian" and has set out to make activism within and on behalf of the African American community a key aspect of the church's mission. An outspoken community leader, Wright has been vocal in making once-taboo issues, such as AIDS, a priority within the African American church leadership and service. His commitment to political activism coupled with his dedication to the African American sermonic tradition has made him a highly sought-after speaker nationally and internationally.

Wright is the recipient of numerous awards, including three honorary doctorates and three presidential commendations. An accomplished musician and author, Wright has written four books, numerous articles and countless sermons and was voted one of Ebony Magazine's top fiften preachers. In addition to national and international ministry, Wright serves on several boards of directors and committees. Married to Reverend Ramah Reed Wright, Pastor Wright has five children and three grandchildren.

See how Reverend Dr. Jeremiah A. Wright, Jr. is related to other HistoryMakers
Donate Now
Click Here To Explore The Archive Today! 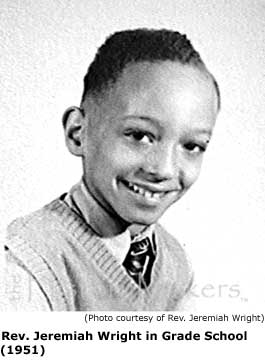