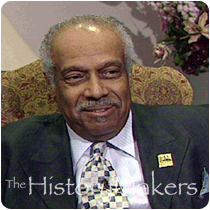 Henry Beecher Hicks, Jr. was born on June 17, 1943, in Baton Rouge, Louisiana. He spent his early childhood years growing up on the campus of Leland College where his mother was dean of the English department and his father was dean of the Chapel. The family moved to Columbus, Ohio, when his father became pastor of Mount Olivet Baptist Church. Hicks earned his high school diploma from Columbus East High School in 1960, where he was active in the speech and drama clubs and debate team, and was a band announcer.

After high school, Hicks attended Wittenberg University in Springfield, Ohio, until 1961. Yearning for a more nurturing environment, he transferred to the University of Arkansas at Pine Bluff. During that same year he preached his trial sermon at his hometown, Mount Olivet Baptist, and shortly thereafter he was licensed to preach. In 1964, Hicks earned his B.A. degree from the University of Arkansas. From 1964 until 1967 he attended Colgate Rochester Divinity School in New York, earning his master’s of divinity in 1967. Between 1965 and 1968, Hicks served as senior minister at Second Baptist Church in Mumford, New York. In 1968, he worked as a training coordinator and field director of the National and Rochester Urban League before leaving to serve as senior minister at Mount Ararat Baptist Church in Pittsburgh, Pennsylvania until 1973. Hicks then became the senior minister at Antioch Missionary Baptist Church of Christ in Houston, Texas. In 1977, he was called to pastor Metropolitan Baptist Church in Washington, D.C., where he continues to serve today.

Under his leadership, Metropolitan has grown to include a school, over sixty ministries and a 6000-member congregation. Hicks is the author of five books including, My Soul’s Been Anchored and Preaching Through A Storm. In 1993, Hicks was designated by Ebony Magazine as one of “America’s Fifteen Greatest African American Preachers.”