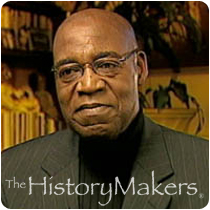 See how Reverend Dr. Calvin Morris is related to other HistoryMakers
Donate Now

Minister, historian and human rights advocate the Reverend Dr. Calvin Sylvester Morris was born March 16, 1941, in Philadelphia. He attended Meade Elementary School and Vaux Junior High School. Morris was awarded a partial scholarship to Friends Select High School, a private Quaker school known for its high standards. One of two black students in his class, Morris graduated with honors in 1959. He then went on to Lincoln University in Oxford, Pennsylvania graduating cum laude in 1963 with a B.A. in history. At Boston University, he earned an M.A. in history in 1964 and an S.B.T. in theology in 1967. Morris was also ordained in the United Methodist Church.

Later in 1967, Morris moved to Chicago to work on his Ph.D., but was asked by the Reverend Jesse Jackson to become the associate director and national coordinator of the Southern Christian Leadership Conference's Operation Breadbasket, now the Rainbow/PUSH Coalition. He served from 1967 to 1971, through the assassinations of Dr. Martin Luther King, Jr. and Fred Hampton. Breadbasket attracted activists and celebrities like Fannie Lou Hamer, Bill Cosby, Julius "Cannonball" Adderly, Rosa Parks, Bishop Desmond Tutu, Mahalia Jackson and Sammy Davis, Jr.

From 1971 to 1973, Morris was coordinator of the African American Studies Program at Simmons College in Boston. As executive director of Atlanta's Martin Luther King, Jr. Center for Non-Violent Social Change from 1973 to 1976, Morris was again associated with SCLC as he worked directly with Coretta Scott King. In 1976, he began a sixteen-year professional association with Howard University's School of Divinity during which he worked as director of ministries to church and Society, director of field education and associate professor of pastoral theology. Morris earned his Ph.D. in American history from Boston University in 1982. He was executive vice president of Academic Services and academic dean at Interdenominational Theological Center in Atlanta from 1992 to 1998. Chicago's Community Renewal Society (CRS) hired Morris as executive director in 1998. At CRS, Morris presides over two publications, a staff of forty-seven and a budget of $4.5 million.

Morris is a board member of the Golden Apple Foundation, Chicago Chamber Musicians, Chicago Theater Company, Sojourner and the Wieboldt Foundation. He is a co-convener of the Justice Coalition of Greater Chicago and is a co-chairman of Jobs for Justice Clergy Committee. Morris was elected treasurer of the Board of Trustees of Lincoln University, his alma mater. He lives near his daughter in Chicago.

See how Reverend Dr. Calvin Morris is related to other HistoryMakers
Donate Now
Click Here To Explore The Archive Today!