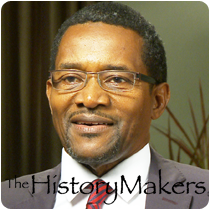 Civil rights activist Reverend Dr. Arthur "Art" Rocker, Sr. was born on June 22, 1955 in Atlanta, Georgia to Samuel William Rocker, Sr. and Reba Craft-Rocker. From the age of seven until eighteen years of age, Rocker was raised and mentored by Reverend Dr. William Holmes Borders, pastor of Wheat Street Baptist Church in Atlanta, Georgia. At the age of sixteen, Rocker became the president of the youth chapter of the Democratic Party Club. After graduating from L.J. Price High School in 1963, Rocker enlisted in the U.S. Army and served for three years. Rocker then attended the Massey Business College earning his Associate’s degree. He then went on to attend Carver Bible Institute in 1969 and was ordained as a minister and evangelized by Reverend Dr. William Holmes Borders. He also served as assistant Pastor of his father’s church, the late Reverend Samuel William Rocker, Sr. After enrolling at Albany State University, Rocker became the chief organizer of the Shirley Chisholm Campaign under the leadership of Lonnie King, Executive Director for the Atlanta NAACP. Rocker majored in accounting at ASU, and went on to receive his Series 63, 7 and 24 investment banking licenses from the Investment Training Institute in Atlanta, Georgia. He is one of the founders of the National Association of Security Professionals in Atlanta, along with Mayor Maynard Jackson.

From 1994 to 2008, Rocker worked several jobs, but was primarily active in community organizing. Mentored by the late Dr. Benjamin Mays, former president of Morehouse College, he worked under the leadership of Dr. Warren Cochrane, General Secretary of the Butler Street YMCA in Atlanta, Georgia and Reverend Hosea Williams, President of Atlanta SCLC. He served as a consultant for the National Presidential Election Campaign, and co-chairman of National Presidential Campaign. Prior to his appointment as senior vice president of Governmental Affairs at LHS EV in 2008, Rocker worked briefly as a real estate agent at the Grand Bahamas Developments in the Grand Bahamas Islands. Additionally, Rocker served as an investment banker at Stuart-James Investments, Portfolio Management Consultants and Rocker Securities, Inc. In 2008, Rocker began his tenure as the Chairman of Southern Christian Leadership Conference for the entire state of Florida. In the wake of the 2010 British Petroleum Deepwater Horizon Oil Spill in the Gulf of Mexico, Rocker founded Operation People for Peace, Inc., an organization which serves on the United Nations (UN) Council in the area of Civic and Society. In 2015, Rocker was appointed Presiding Bishop of University of Bethesda Biblical Institute of North America.

Rocker also played a central role in local and national community organizing and politics throughout his career. He served as vice chairman of City of Atlanta transition team for Mayor Maynard Jackson, and the transition team for Governor Charles Christ of Florida. In recognition of his service, Rocker received numerous awards including The Good Brother Award from National Congress of Black Women, Inc., the Chairman’s Award from the Asian American Hotel Owners Association, the Business Award from the National Association for the Advancement of Colored People, and the Outstanding Business Award from the Atlanta Jewish Center. Additionally, Rocker has been named Senior Fellow of the James Madison Institute. Rocker has received honorary degrees from Faith Bible College in Milton, Florida and A.P. Clay Bible College in New Orleans, Louisiana. Rocker is the father of three children and is married to Jessica Donahue-Rocker. He resides in the Gulf Coast region in Florida.

Arthur M. Rocker, Sr. was interviewed by The HistoryMakers on October 26, 2012.