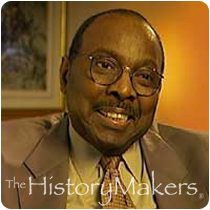 See how Reverend Calvin O. Pressley is related to other HistoryMakers

The Reverend Calvin Oliver Pressley was born in New York City on November 10, 1937. The third of six children born to a teacher and a railroad worker, Pressley had relocated to South Carolina with his family by the time he graduated from high school in 1954. Pressley went on to Drake University in Des Moines, Iowa, where he earned his B.A. degree in 1959, and then to Drew University in Madison, New Jersey, for his M.Div. degree in 1962.

Pressley began his career in 1967 working as the executive director of Opportunities Industrialization Center of New York, where employment training was provided. During this time, Pressley also worked on the Committee Against Poverty during the War on Poverty. In 1978, he went to the New York City Mission Society (NYCMS), one of the city’s oldest charities, where he took the role of executive director. The NYCMS provides outreach programs and support to at-risk youth and families. Following his departure from NYCMS in 1991, Pressley took over as executive director of the Institute of Church Administration and Management at the Interdenominational Theological Center in Atlanta. The center provides management education for theological students and offers assistance to the denominations nationwide that comprise the Congress of National Black Churches.

Pressley was also director of the United Methodist City Society, which is a leader in urban ministry and aid. Pressley was a trustee of the City University of New York, chairman of the New York City Youth Board and a twenty-year member of the Congress of National Black Churches. He strived to instill a spirit of philanthropy in others and encouraged congregation members to support their churches. Pressley also stood against President George W. Bush’s plan to give tax dollars to churches for the purpose of running social services.

Pressley was interviewed by The HistoryMakers on August 15, 2003.

See how Reverend Calvin O. Pressley is related to other HistoryMakers
Click Here To Explore The Archive Today!