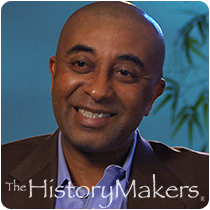 "The Hottest Places In Hell Are Reserved For Those Who, In Times Of Great Moral Crisis, Maintain Their Neutrality."

In 2002, Williams was called to serve as pastor of the Resurrection Community Church. He regularly contributed to the The Huffington Post, and wrote a twice-weekly column on politics and social issues for the Bay Area News Group which includes the Oakland Tribune, San Jose Mercury News, and Contra Costa Times. The column, which appeared in thirty publications across the United States, was considered for a Pulitzer Prize. Williams was the only pastor in the United States who also authored a syndicated column. Williams has write articles and op-ed pieces for the Atlanta Journal Constitution, Baltimore Sun, Los Angeles Daily News, San Francisco Chronicle, Christianity Today, UK Guardian, Tikkun Magazine, and Public Theology.

He is the author of, Strip Mall Patriotism: Moral Reflections on the Iraq War, a series of essays covering a four-year span on America’s enterprise in Iraq, and, 1963: Year of Hope and Hostility (2013). Williams lectured throughout the United States and appeared on numerous television and radio news programs, including CNN, MSNBC, ABC Radio, Fox News, and National Public Radio.

Williams served as a member of People for the American Way’s African-American Religious Affairs. In 2011, he was appointed as co-chair of the National Black Justice Coalition Religious Affairs Committee, and later served on the board of directors for Death Penalty Focus. In 2010 and 2011, Williams’ work was nationally recognized by the Gay & Lesbian Alliance Against Defamation (GLAAD), which nominated him as “Columnist of the Year.”

Reverend Byron C. Williams was interviewed by The HistoryMakers on November 4, 2013.