Information about Reverend Alonzo B. Patterson 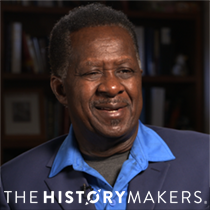 See how Reverend Alonzo B. Patterson is related to other HistoryMakers

Religious leader Reverend Alonzo B. Patterson was born on November 5, 1937 in Wilson, Louisiana to Alonzo Patterson Sr. and Susie Milligan Patterson. Patterson enlisted in the military in 1955, and was sent to Fairbanks, Alaska in 1962, where he was stationed until his retirement from the military in 1966. In 1974, Patterson earned his B.A. degree in psychology at the University of Alaska, Anchorage. He later earned his D.Div. degree from the American Bible Institute in Kansas.

After retiring from the military, Patterson founded and served as pastor of Corinthians Baptist Church in Fairbanks. In 1970, he relocated to Anchorage, becoming the pastor at Shiloh Missionary Baptist Church, the largest African American congregation in the city. Under his leadership, Shiloh Missionary Baptist Church became a member of the National Baptist and American Baptist Conventions, and expanded their facilities to include an educational wing, a youth and family support center, and the Martin Luther King Jr. Family Life Center. In 1996, Patterson became the coordinator of the American Baptist Missionary Society’s Alaskan Ministries; and in 2001, he founded Shiloh Community Development Incorporated, a non-profit organization that provided mentoring, education, and other services to disadvantaged youth in Anchorage. Patterson was also the founder of Bridge Builders, and a youth mentoring program called Young Lions of America. Under his pastorate, Patterson licensed and ordained more than fifty-five individuals, and mentored hundreds of deacons and deaconesses. Patterson retired as head pastor of Shiloh Missionary Baptist Church in 2017 after forty-seven years of service, remaining as pastor emeritus.

Patterson became the chairperson of the Alaskan State Board of Parole in 1984. He also served as chairman of the Martin Luther King Jr. Foundation of Alaska, the Alaska Black Leadership Conference, and the Greatland State Baptist Convention. In addition to his role as president of the board of directors for Shiloh Community Development, Incorporated, Patterson also served as the director of Alaska Ministries for The American Baptist Churches, USA, and as the executive minister for The Alaska Baptist Churches. In 2015, the Alonzo B. Patterson Job Placement and Workforce Development Center was named in his honor. Patterson was named Alaskan of the Week by U.S. Senator Dan Sullivan in October 2017.

Patterson and his wife, Shirley, have five children.

Reverend Alonzo B. Patterson was interviewed by The HistoryMakers on May 18, 2018.

See how Reverend Alonzo B. Patterson is related to other HistoryMakers