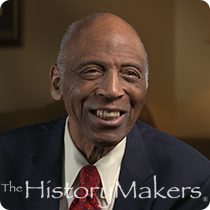 See how Reuben K. Harpole is related to other HistoryMakers
Donate Now

Harpole and his wife, Mildred Cowan Harpole, have two children: Annette and John.

See how Reuben K. Harpole is related to other HistoryMakers
Donate Now
Click Here To Explore The Archive Today!