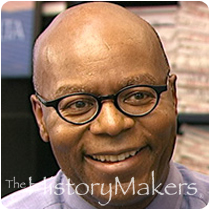 Producer and casting director Reuben Cannon was born on February 11, 1946 in Chicago, Illinois. He grew up in the Harold I. Ickes housing projects and attended Southeast City College.

Wanting to move into the entertainment industry, Cannon decided to try his luck in California. Dogged in his pursuit, Cannon went to film studios daily looking for work. After months of doing this, his perseverance paid off and Cannon was offered a job in the mailroom of Universal Studios on New Years Eve. Unbeknownst to him, the mailroom was the studio's executive training program, and thus a successful entertainment career began.

Cannon worked at Universal Studios from 1970 to 1978, eventually becoming a casting director. From 1977-1978, he served as Head of Television Casting for Warner Brothers. In 1978, he began his own casting agency, Reuben Cannon & Associates. As a casting director Cannon has been credited with launching the careers of many stars, including Oprah Winfrey, Danny Glover, Bruce Willis, Michael J. Fox, and Whoopi Goldberg. His casting credits include: "Promised Land", "Touched by an Angel", "Who Framed Roger Rabbit", "Desperado", "What's Love got To Do With It?", "The Color Purple", "Village of the Damned", "The Josephine Baker Story", "Moonlighting", and many others.

Cannon then moved into the realm of producing film and television in the 1980s. As a producer Cannon has made it a point to make movies about African Americans that are also financed by African Americans. His television producing credits include: "The Women of Brewster Place", "Amen", and many others. He has also produced his own films, including "Down on the Delta", "Get on the Bus", and "Dancing in September". Cannon has also worked as a producer on most of Tyler Perry's television shows and movies.