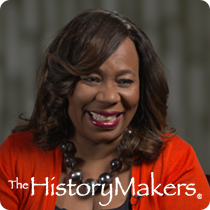 Author and journalist ReShonda Tate Billingsley was born on September 7, 1969, in Kansas City, Missouri. Billingsley graduated from Madison High School in Houston, Texas in 1987, and attended the University of Texas at Austin, where she earned her B.A. degree in broadcast journalism in 1991.

Billingsley began her career in 1993 as an associate producer for KTRK-TV, an ABC-affiliate in Houston, Texas. After a year at KTRK, Billingsley moved to the NBC-affiliate KJAC-TV in Port Arthur, Texas, as an anchor, reporter and talk show host. In 1996, she accepted a position in Houston, Texas as a reporter for KPRC-TV, the NBC-affiliate. From 1997-2003, Billingsley was a reporter and anchor for the NBC-affiliated KFOR-TV in Oklahoma City, Oklahoma. In 2003, she returned to Houston as a reporter for KRIV-TV, the Fox-affiliate, where she remained until 2007. Billingsley published her first book in 2001 My Brother’s Keeper, which was picked up by publishing company Simon & Schuster the following year. She became a National Bestselling Author of over forty fiction, non-fiction, and teen fiction books. Billingsley has also served as a reporter and editor for the Houston Defender since 1993. She served as a host and producer for KPFT’s From Cover to Cover literary talk show from 2009 to 2013, and KTSU’s The Sista Xchange from 2011 to 2014. She, and fellow Simon & Schuster author Victoria Christopher Murray, co-founded Brown Girl Books in 2014. Her books The Devil is a Lie and Let the Church Say Amen were adapted into television movies for TV One and BET.

Billingsley has also served as a member of Alpha Kappa Alpha Sorority, Inc., Jack & Jill of America, and the Durham Library board. Billingsley received the NAACP Image Award for Outstanding Literature in 2012 for her book, Say Amen, Again, and was nominated in 2013 for The Secret She Kept, which was adapted into a television movie for TV One. She was nominated for the award once again in 2015 for Mama’s Boy.

ReShonda Tate Billingsley was interviewed by The HistoryMakers on February 1, 2017.

See how ReShonda Tate Billingsley is related to other HistoryMakers
Donate Now
Click Here To Explore The Archive Today!